Better hurry and grab your set of Blaze Monster Machines Die Cast Toys – They are selling like Hotcakes!

Blaze Monster Machines Die Cast Toys are getting very hard to find. I know, I have been looking for them. Because they are hard to find, the price has gone up too, even on Amazon.

I just paid 3 times as much for one of the monster machines as I should have. I wish I had known that before I started buying them. I would have bought the entire set  of Blaze and the Monster Machines die cast toys.

The small die cast toys are Treysons favorites because they are the perfect size for preschoolers to hold in their hand. 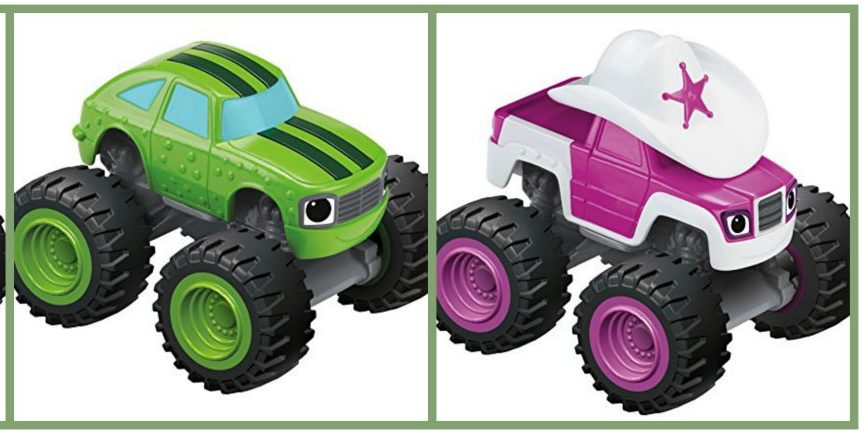 This set has all of the main characters and you aren’t being price gouged for them. When they first hit the shelves, they were around $6, but I just paid a lot more for one truck. This set has 10 of the Blaze and the Monster Machines die cast cars and the price averages out to a little under $10 each. I can’t find them any cheaper than that.  As popular as these are, I don’t see them coming down in price.

Kids every where have fallen in love with the TV Cartoon, Blaze and the Monster Machines. When my daughter told me my grandson really like the die cast cars from the show, I started watching it so I could see what he liked about the show. I was hooked after one show. I will watch them all times of the day.

The characters are adorable. There isn’t really any violence in the show at all. It is a caring show, that teaches kids great life learning lessons along the way.

Blaze comes in three different models. They are all very similar, and until you see them side by side, it’s hard to see the difference. My grandson has two Blaze trucks and two Crusher. I think they look exactly alike and he still loves playing with them. To his mind, the more the cars, the better. 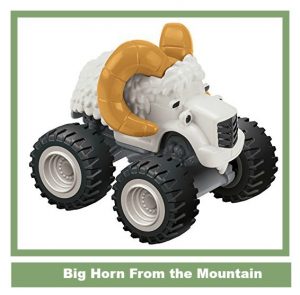 Big Horn is the #10 Monster Machines die cast toy. He isn’t as popular as the rest, but he is a great addition to the set.

There are several Big Horns in the show. They live in the mountains and protect them from invaders, like Blaze and his friends.

If you haven’t seen the TV cartoon, go watch. This is a show you will want your kids and grand kids to watch. If you have seen the show, then you already know why kids love these Blaze Monster Machine die cast toys. 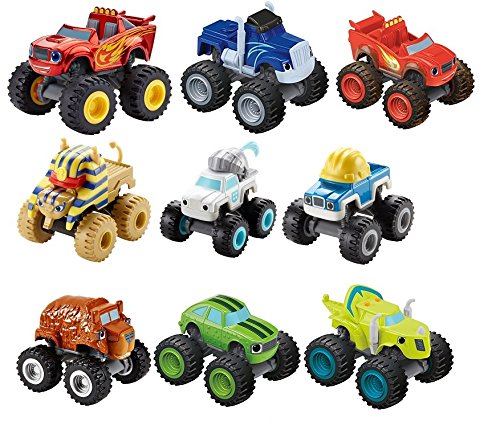 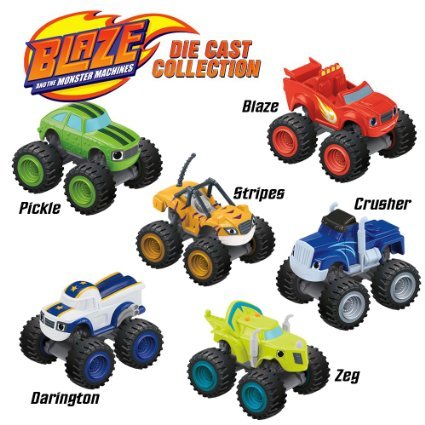 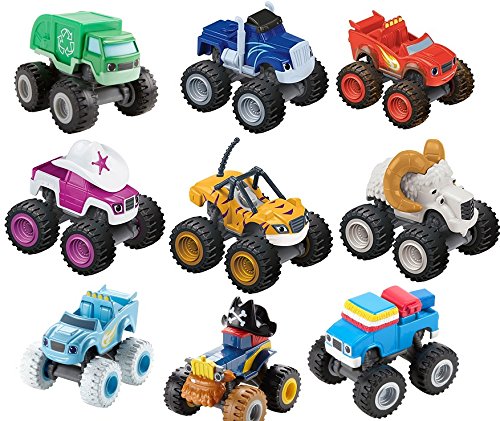 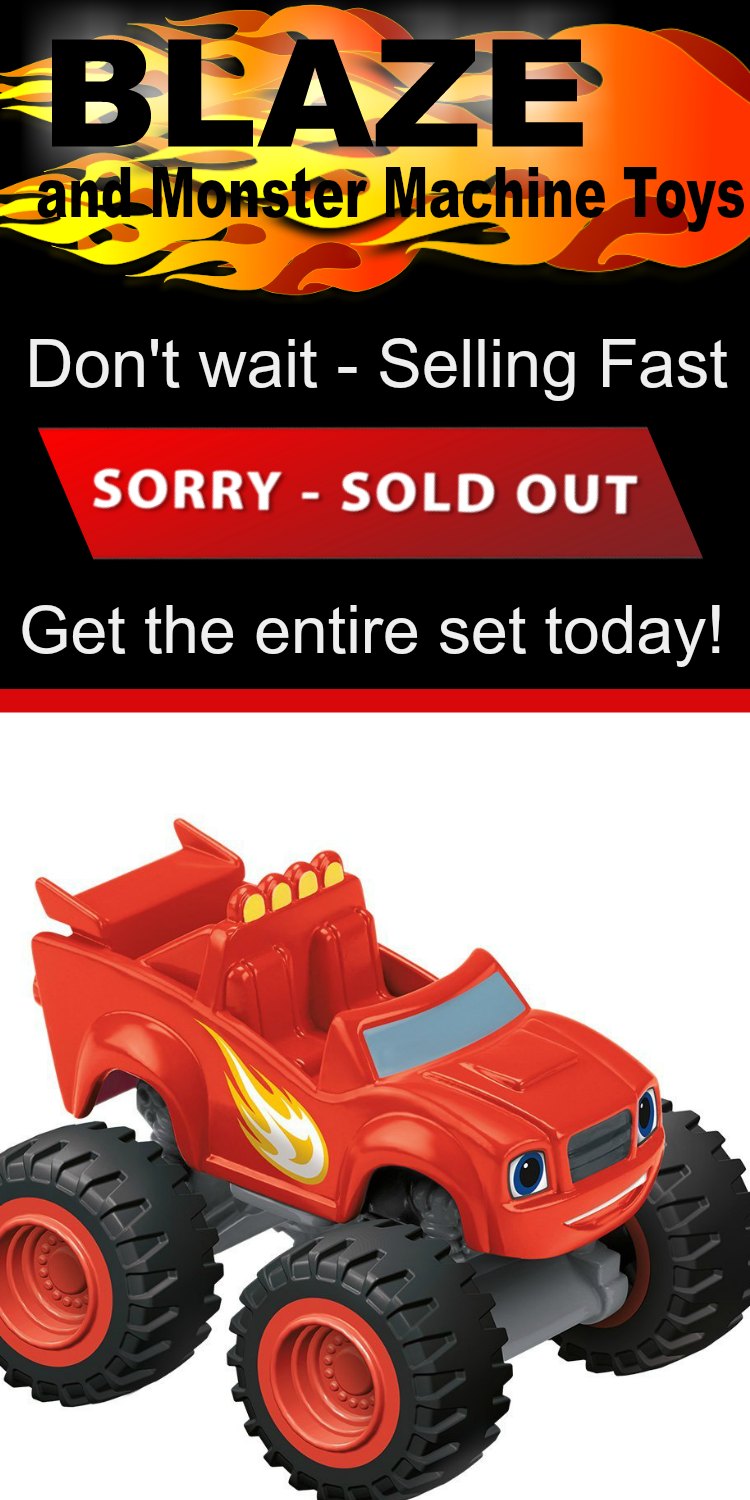 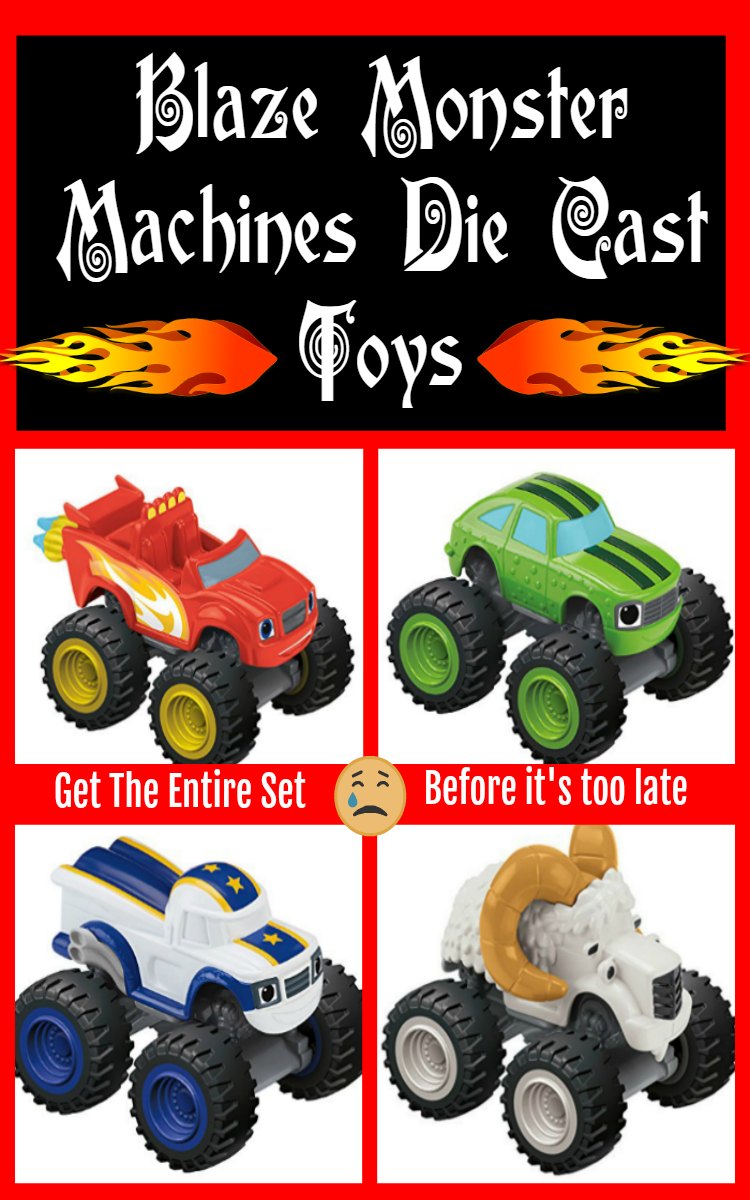