There is a brand new Blaze Monster Machines Race track!!! Ready To Race?

In a Hurry? CLICK HERE for the new Nickelodeon Blaze and the Monster Machines Flip & Race Speedway. 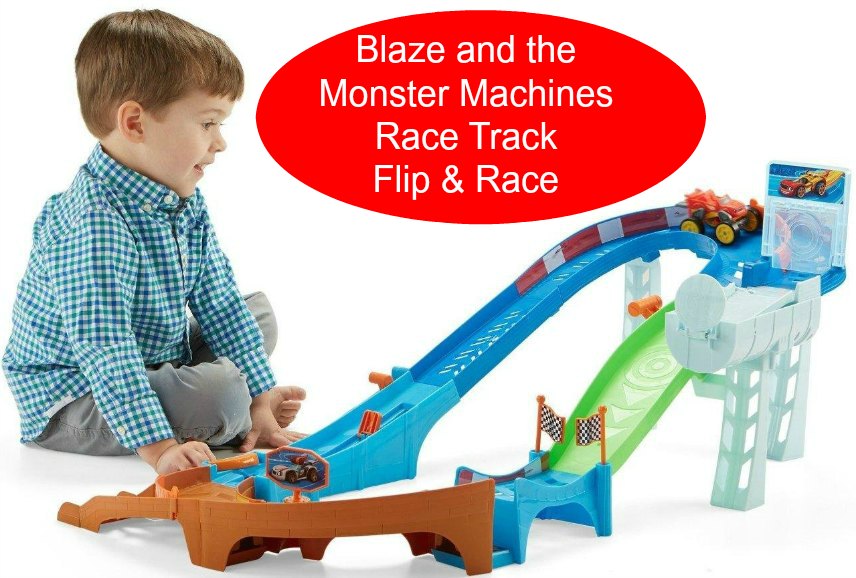 They appear to be the same Blaze characters that we are familiar with, except if you pick these up and flip them over, they become a turbo powered race car. Right now, Blaze is the only flip & race car out, but the other Blaze characters will follow soon. You will find some characters that you haven’t seen before, and some that will make you wonder.

What Ages is the New Blaze Race Track For?

This race track is perfect for kids ages 36 months up to 6 years old. It has easy to push levers to make the flipping action take place and for the turbo boost to take hold. 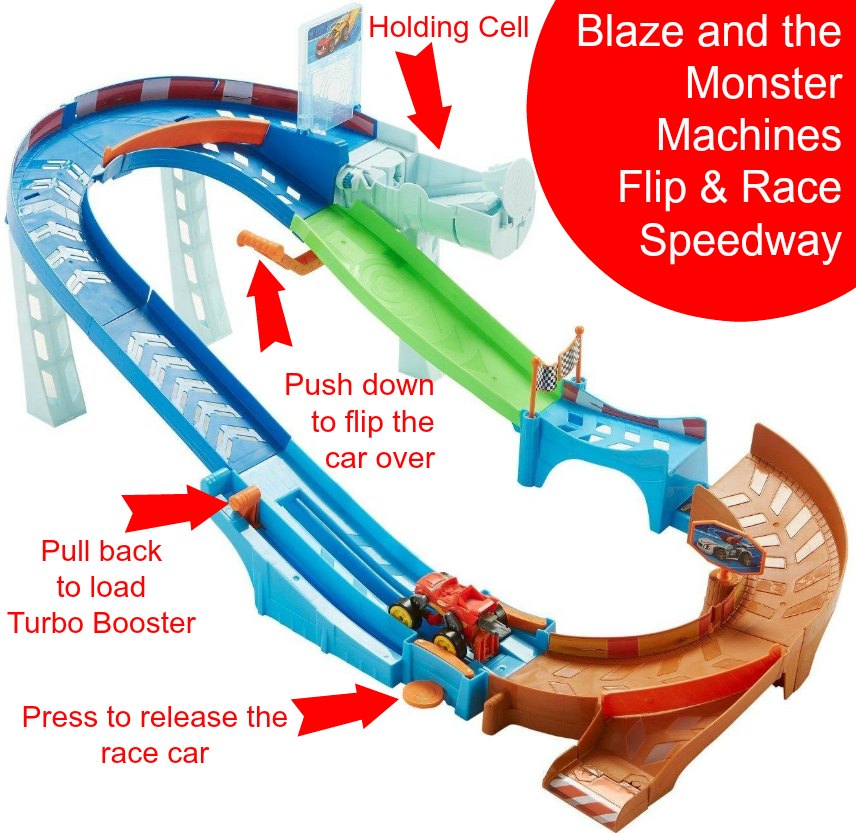 How Does the New Blaze and the Monster Machines Race Track Work?

Switch the Blaze and the Monster Machines Race Track, and the race car will go into a holding cell. Just push down on the lever and watch the car be flipped over and set off to finish the race. 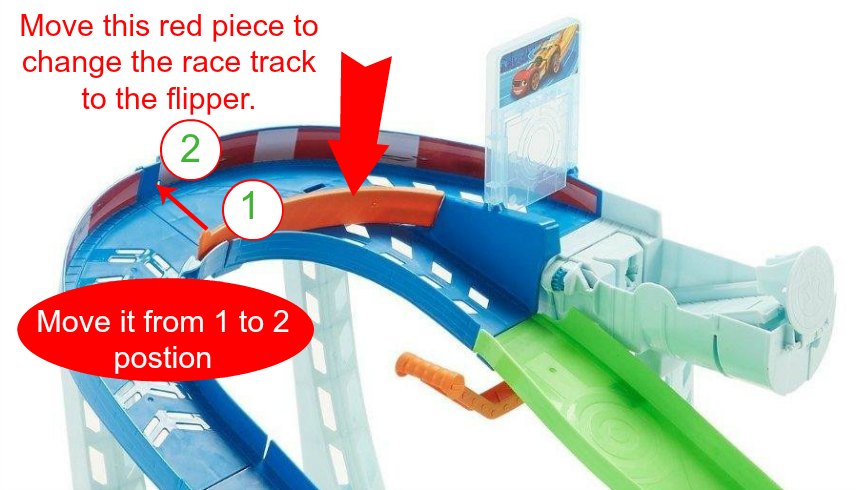 The Blaze Monster Machines Flip & Race track can be set up in different ways and raced all day long. What makes this especially difficult is the uphill track. But with the turbo boost power, Blaze never has a problem with it. Kids will need to load the turbo boost power up for each race car. Be careful though, there is a pit he must jump over at the end to win. 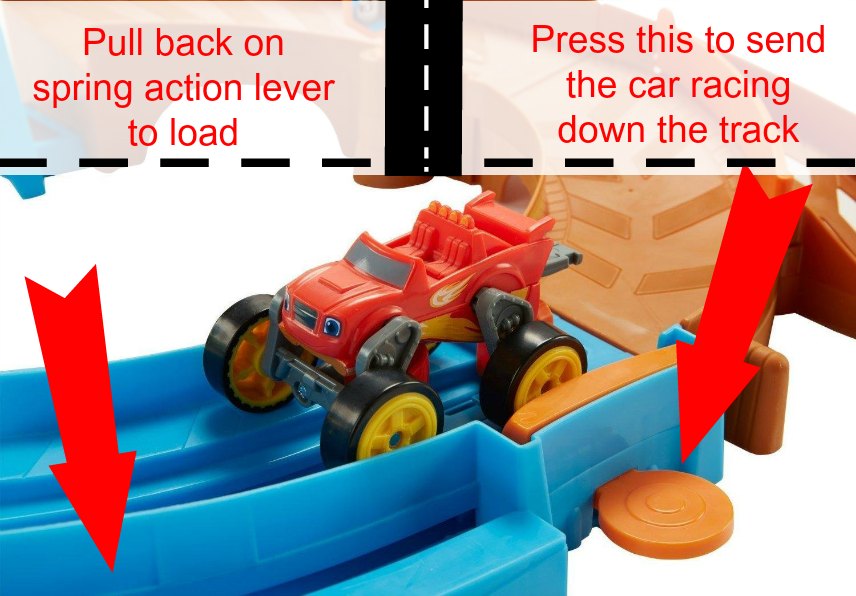 STEM Teaching Ideas Come From Blaze and the Monster Machines Show and Toys! 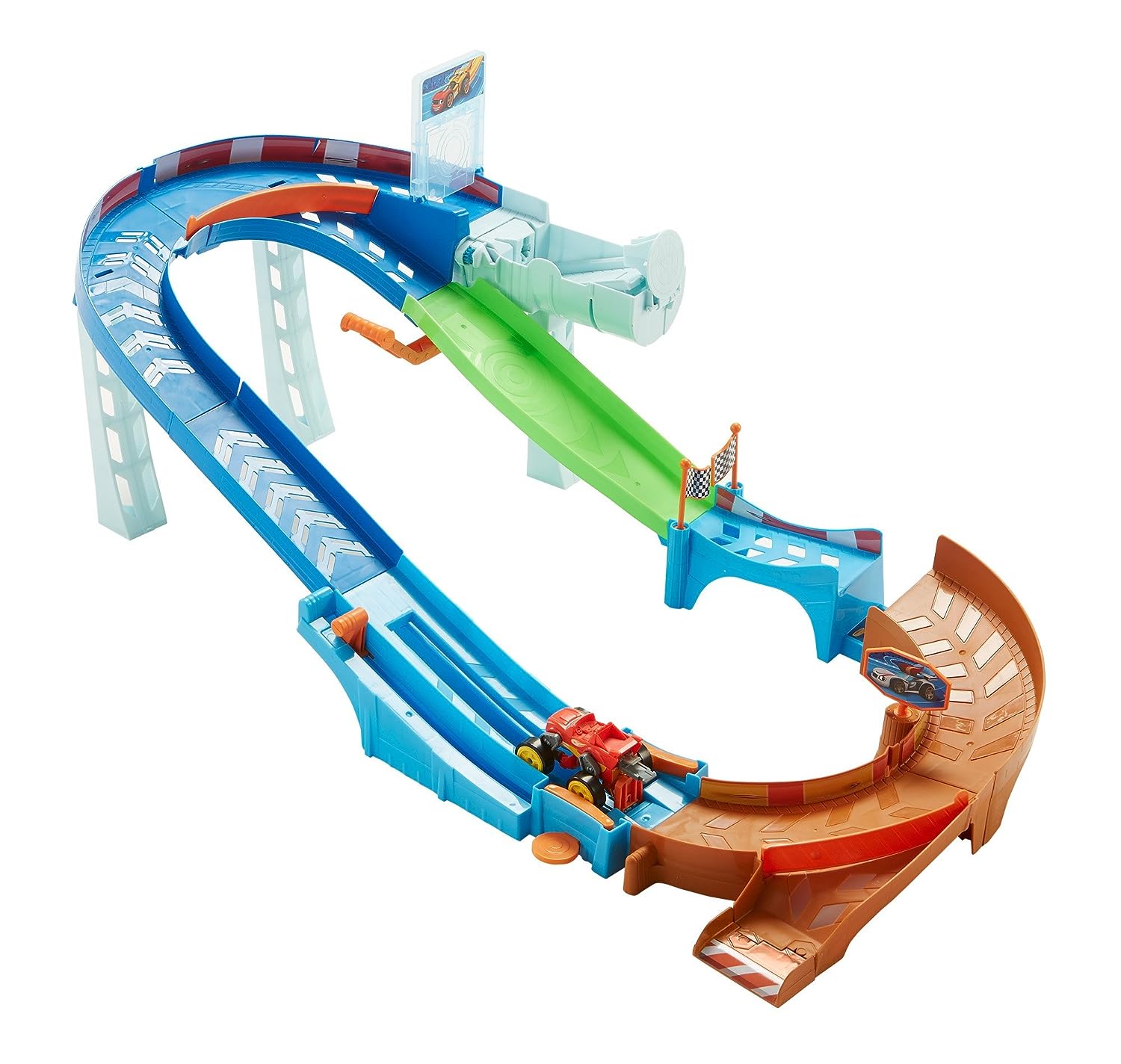 Don’t forget that Blaze and the Monster Machines teach your kids lessons every time they play.

With the new Blaze Monster Machines Race Track – Flip and Race Speedway, kids explore centripetal force – the inward pull on an object following a curved path. When Blaze races around a curved track, centripetal force is what pulls him toward the center of it. It keeps him from flying off.

Every adventure provides children with an opportunity to discover the unseen forces that play a part in their world.

Be The First To Have A Blaze and the Monster Machines Race Track Toy- Flip and Race Speedway! I just found this on the internet and no one else seems to know about it. Jump on this right away and have the first one in the neighborhood.

Blaze and the Monster Machines Toys

Grandma B
Blaze and the Monster Machines Ride On Toys Toys