Blaze and the Monster Truck Characters are a Preschoolers favorite toy. Grab them all now!!!!

My grandson is crazy about Blaze and the Monster Truck Characters. They are the perfect size for his little hands, he is almost 4 years old. He is very proud to show his trucks off to Grandma B. Each character is inexpensive, so it’s easy for my daughter to collect all of the monster truck characters over time.

My grandson love all of the Blaze and the Monster Machines and is working hard on Grandma B to collect them all. 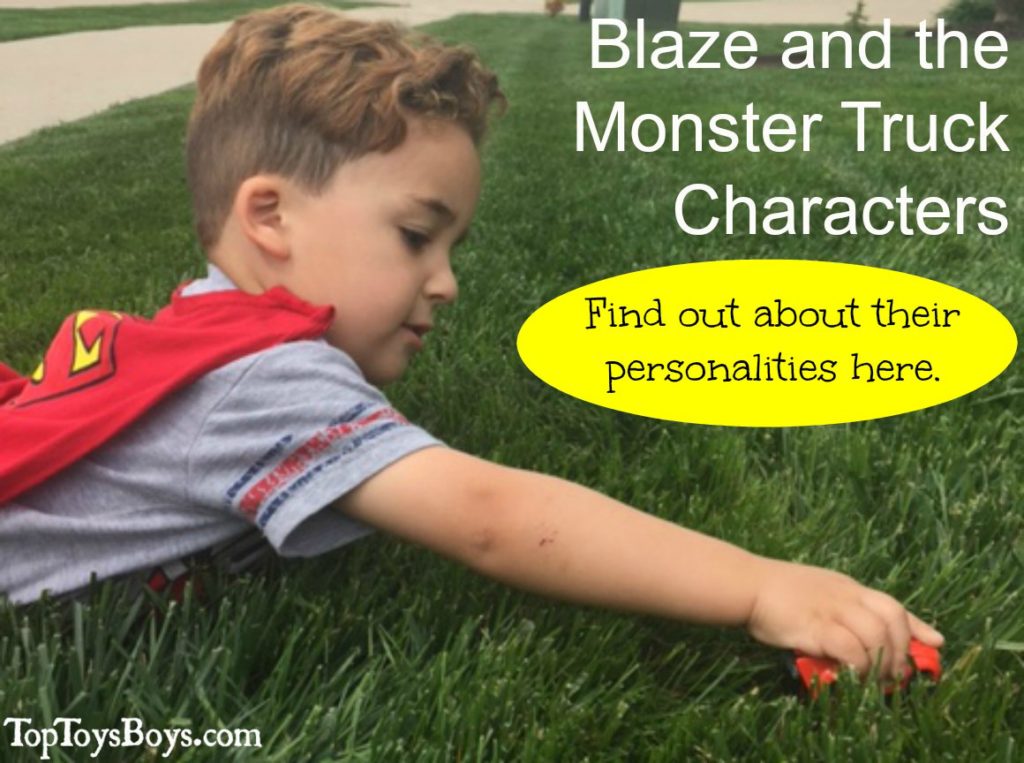 Blaze Monster Truck Characters are not just trucks. Each one of them have a name and a personality. They run, jump and play ball just like kids do; expect they are trucks. They teach lessons like playing nicely together, understanding the concept of balance and understanding adhesion, like with tape or cement, basics in science, engineering, math……..and conjuring large Robots out of thin air.  The few shows I have seen, I am impressed, and I am so happy my grandson found it.

All the trucks live in Axle City together. Axle City has a park that has a ramp area for Blaze and AJ to practice for the next race. It also has nice fountain to relax by. The races happen at the Monster Dome. Watch out… Blaze, Crusher is coming for you.

Blaze and the Monster Truck Characters 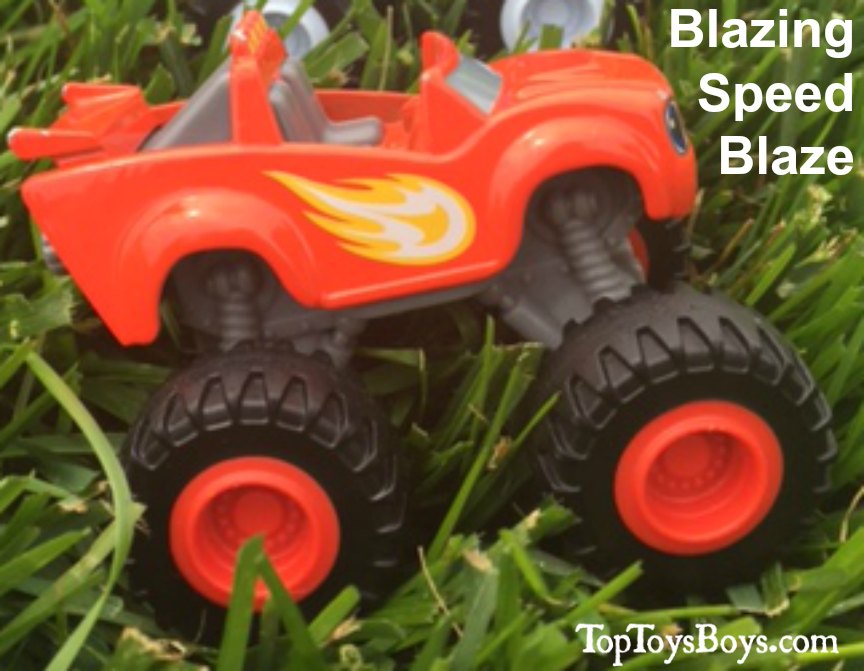 “Give Me Some Speed!” He races through town, jumping and doing stunts just for fun. Blaze is the main character of this cartoon show. His drivers name is AJ, who happens to be  an eight-year-old science and technology expert, and Blazes best friend. Blaze is always helping or saving someone who is in trouble. He is the kind of person you want your child to grow up to be like, good hearted, loyal and brave. For more information on Blaze, like what color are his eyes, check this article out.  (Found at Amazon.com) 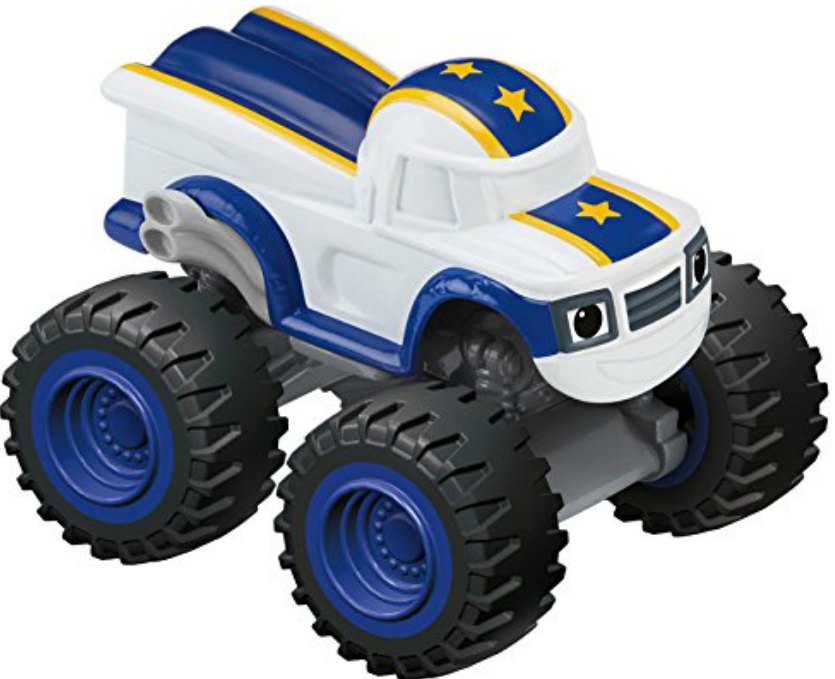 Darrington is a sweet yet clumsy blue monster truck who loves to try new stunts. With a positive attitude, he tries bigger and bigger stunts every episode. Not all of them work out, but he picks himself up, shakes himself off with a little laugh and goes on the to the next stunt.(Found at Amazon.com) 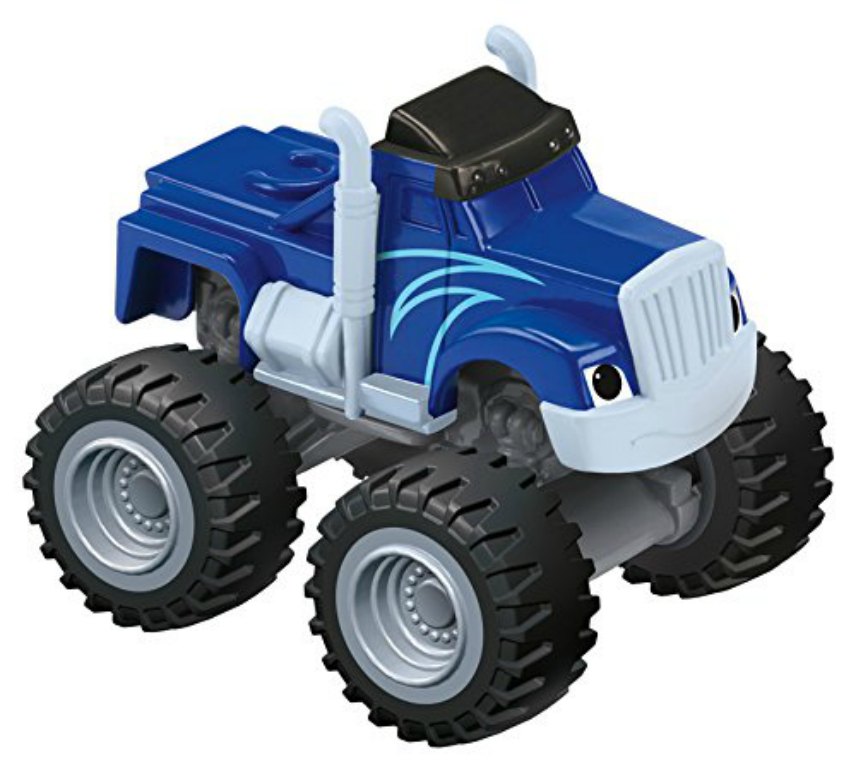 Crusher is Blazes rival and the only “bad guy” in the series. But he’s not that bad. He looks more like a semi truck than a pickup. Pickles is his side kick and they are funny together. Crusher will cheat to win and that usually gets him in trouble and he doesn’t win anyway. He can make robots to help him, which usually backfires on him too. The kids seem to enjoy his antics. (Found at Amazon.com) 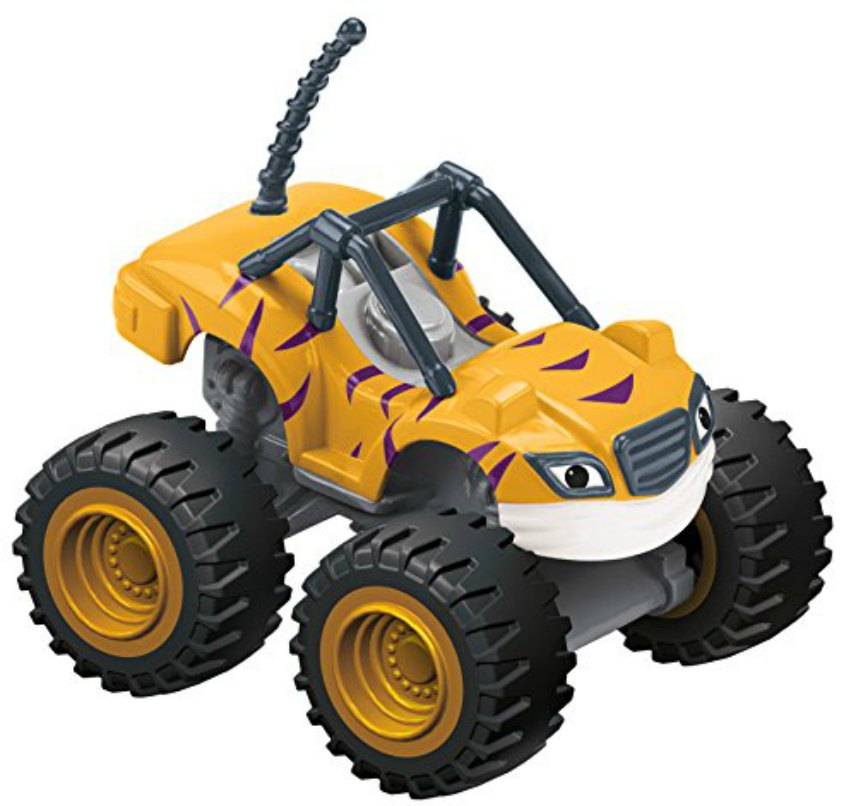 Fierce like a jungle cat, this tiger can’t be stopped. He climbs, he pounces, and will claw his way to the finish line. Stripes is a tiger truck and lives in a tree. He is known for his high sense of smell and his retractable claws in his tires. There are few places Stripes can’t climb. (Found at Amazon.com) 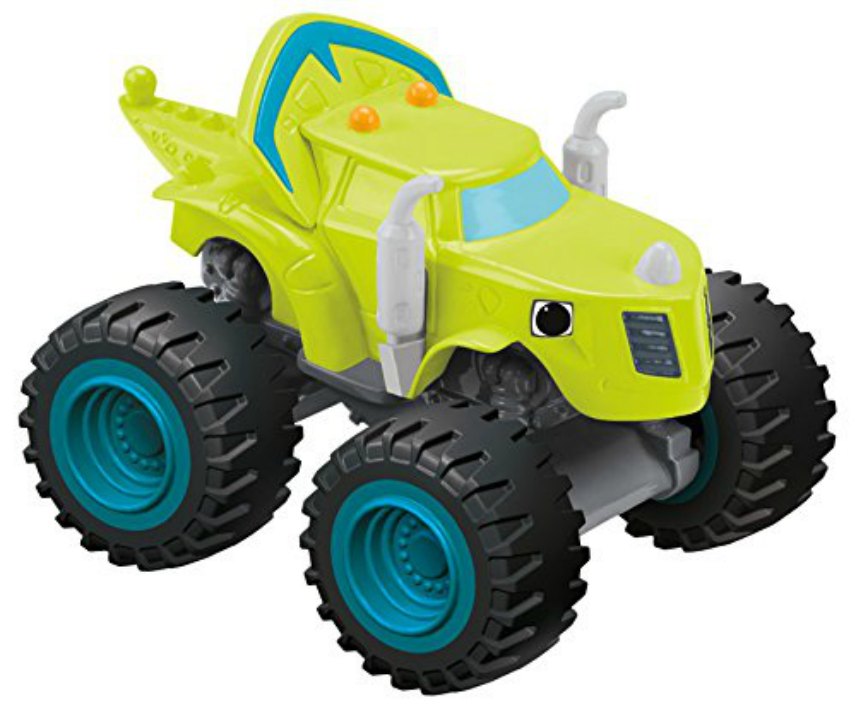 Zeg is half-triceratops, half monster truck. So you can imagine that he is a big truck that can show his brute force when needed. He loves to smash, bash and race. He refers to himself in third person, which is actually kind of sweet. (Found at Amazon.com) 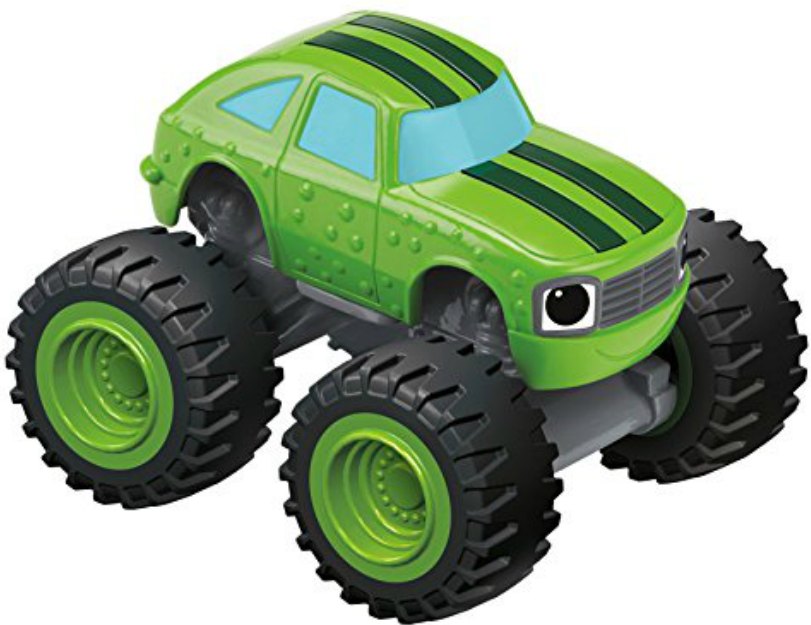 Pickle is a green monster truck who actually looks like a pickle. He follows Crusher where ever he goes. Pickle chooses to see the bright side to everything and Crusher finds that annoying. (Found at Amazon.com) 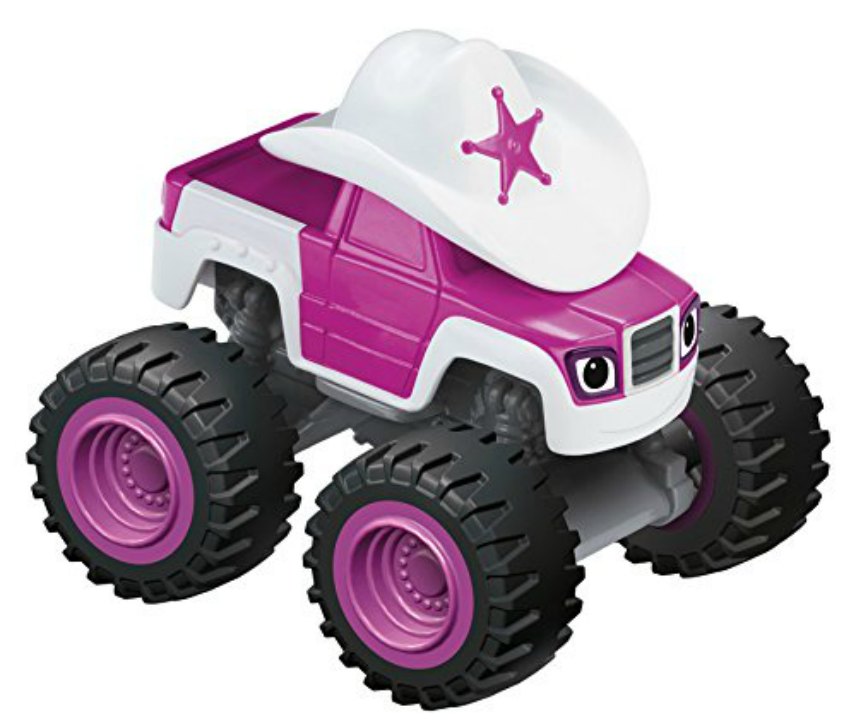 Starla has one of the biggest personalities in the Blaze and the Monster Truck characters. She is an adorable purple pickup truck and the resident cowboy who is hootin’ and hollerin’ all the time. She is a roping expert and speaks with a thick southern accent. She has a farm just outside the city. (Found at Amazon.com) 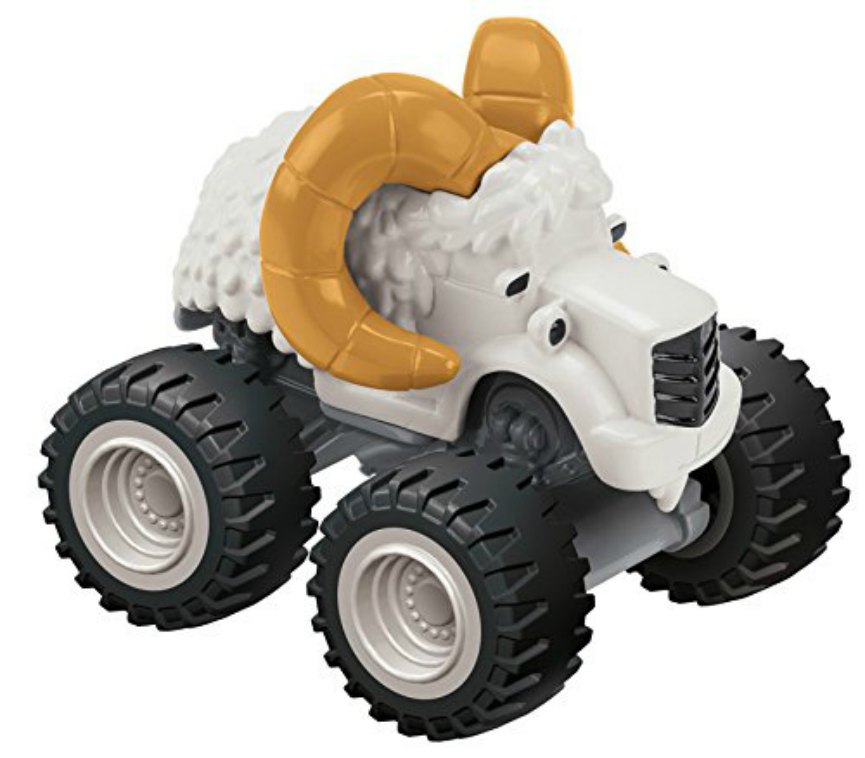 Big Horn is a Ram and there are many of them. He isn’t well known among the Blaze and the Monster Truck characters because we don’t see him often. He and his buddies guard the mountains and will ram you if you come on their mountain. With big monster wheels and huge horns, you better be careful if you decide to go cave exploring, they might get you. (Found at Amazon.com) 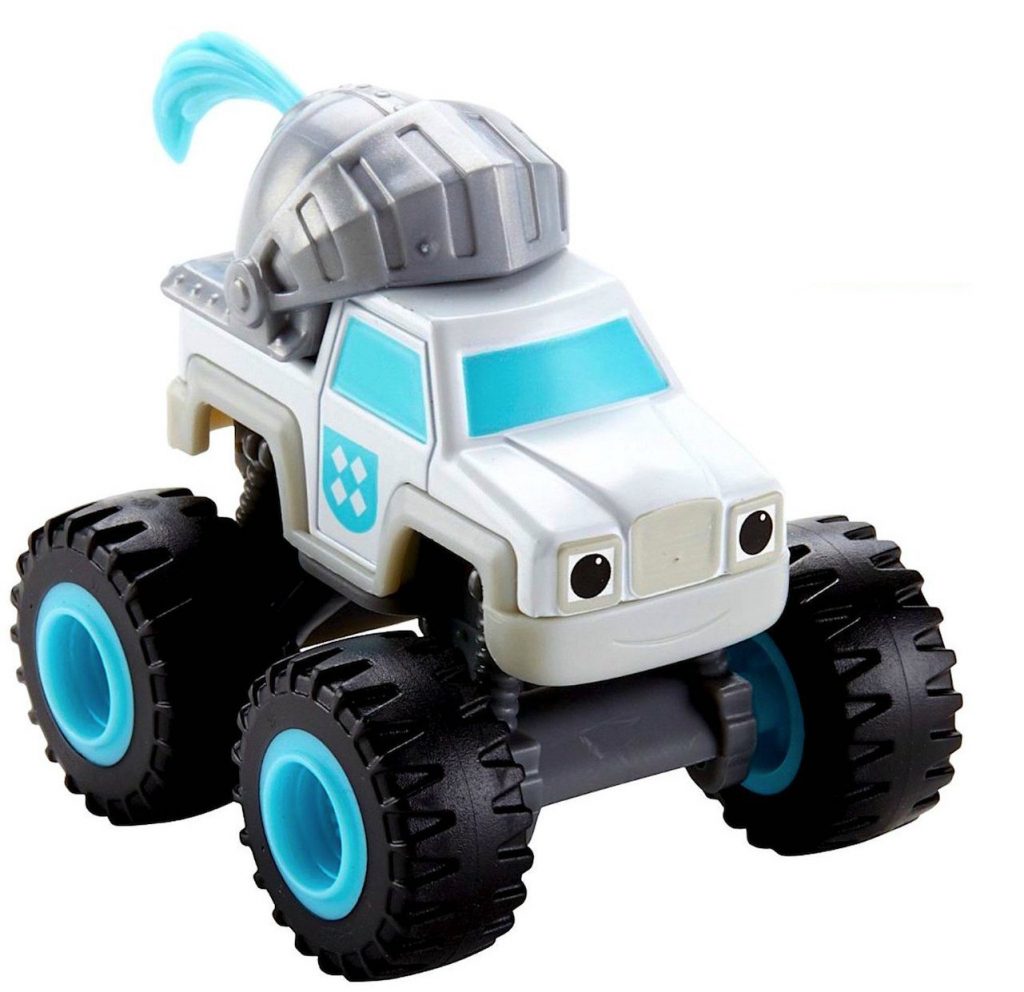 Blaze and his friends the monster machines love to travel and apparently they don’t just travel in their own time. This new Sphinx Truck takes us back ancient Egypt and a whole new adventure. The Sphinx is friendly and warns Blaze of ancient sand traps in the desert. (Found at Amazon.com) 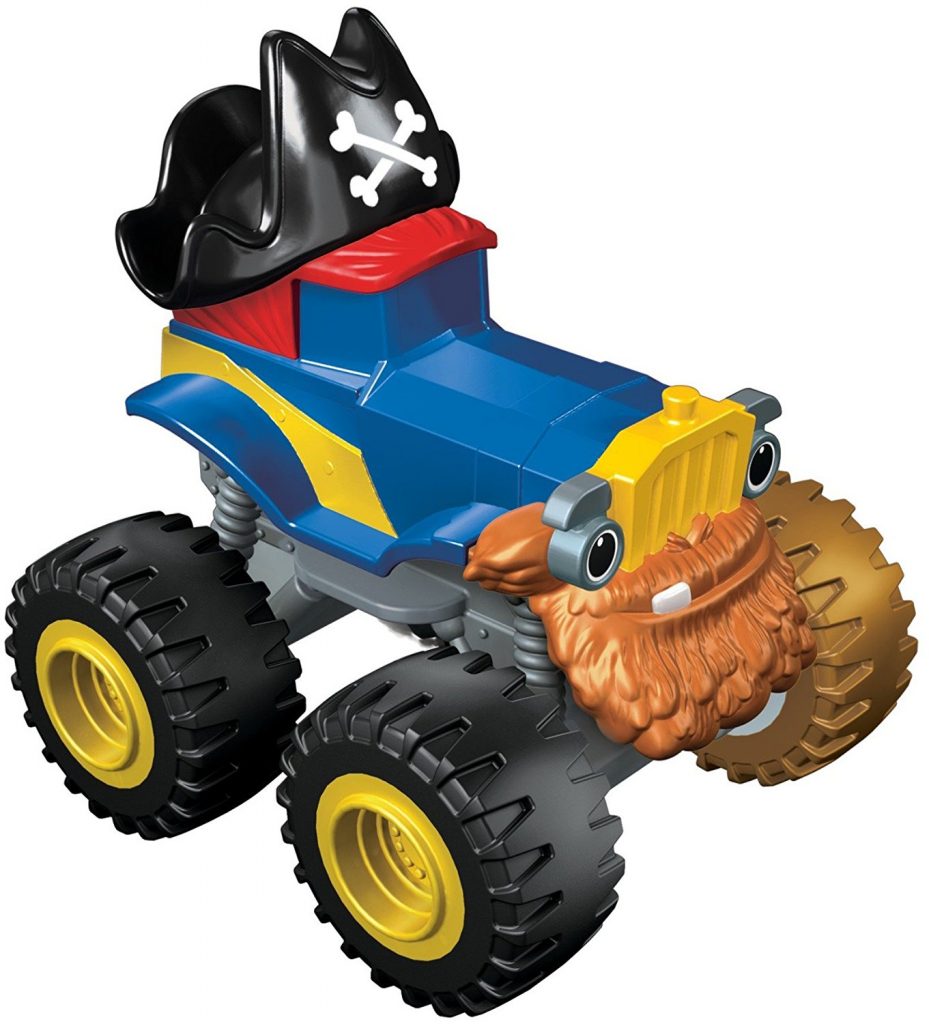 The Pirates have made it to Blaze and the monster machines. What fun they will have racing and playing around. This could get serious. Pegwheel the Pirate is known to be a cannonball blasting captain of a scalawag crew of pirate trucks. I bet they don’t play fair either. Bad form! (Found at Amazon.com)

Just bought this for Treyson: Nickelodeon Blaze and the Monster Machines … by Fisher-Price for $17.88 https://t.co/cNDnk0sNk7 via @amazon 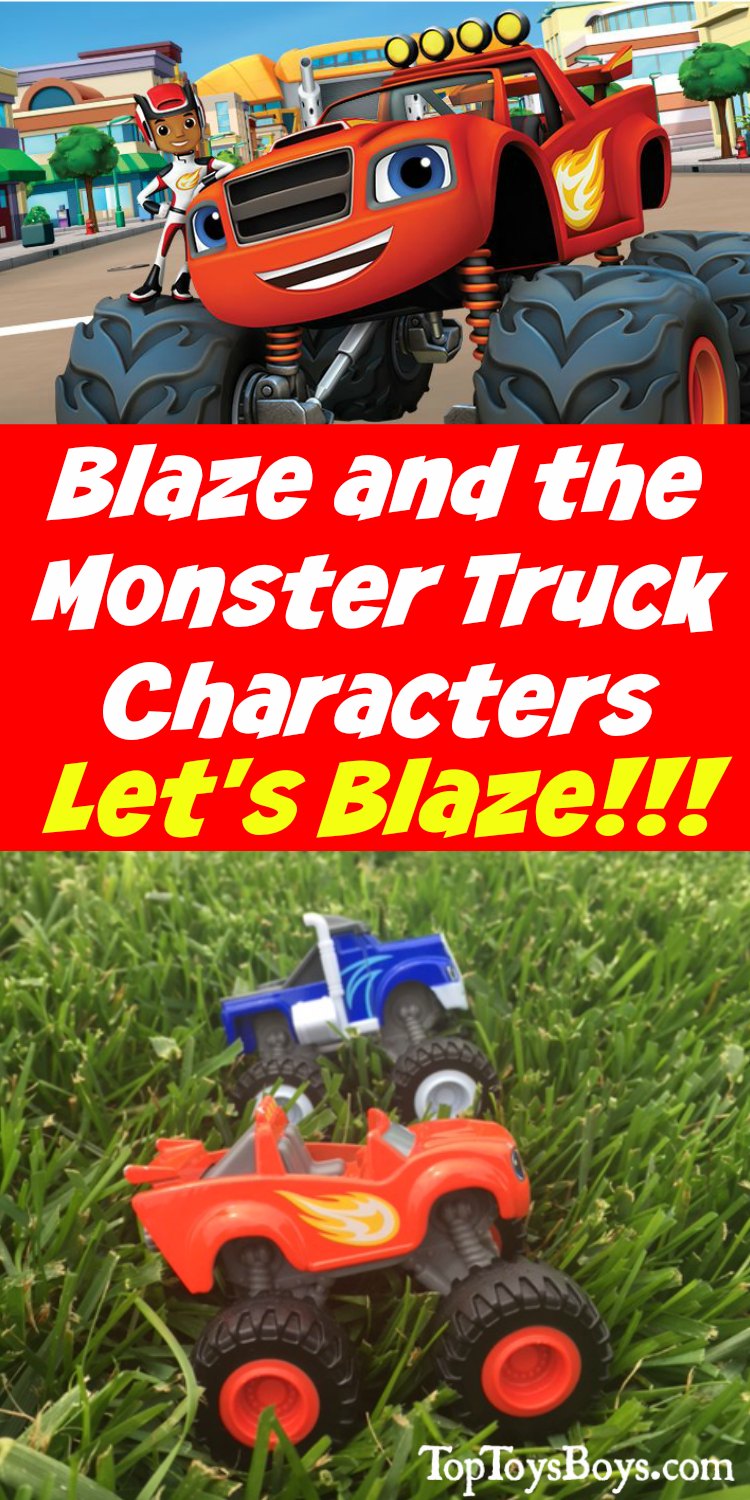