Build a Robot Kit! What Fun!

Boys love to build things. Can you imagine the fun they will have when they build a Robot Kit?

My son and now his son’s love to build with Legos. When they get a little older I think this will be the perfect gift idea for them.

It’s something my son can build with them, so it is a great bonding experience. Plus, they may think they are having fun, but they will really be learning. Since my daughter in law home-schools them, this will be a great class project for the whole family.

These types of projects where you build your own robot kit are great learning tools. It really creates a love for science and engineering that will hopefully continue as they get older. You might have a budding robotics expert in your family!

Building a robot kit will increase their creativity, teach them to follow directions closely and then when they are done building their robot, it will give them a sense of accomplishment and confidence.

I feel that the world my grandchildren are growing up in is centered on instant gratification. I would love the boys to put a little time and effort in to building a robot kit and then maybe they will appreciate the fact that they built their own robot kit, but that they understand the mechanics behind it.

I know there are many kits for building robots, but I found two that I want to introduce to my grandsons.

Here is a great introduction video for these build your own robot kits. After watching this you see why I am so excited! This is a robot kit I even want to play with. 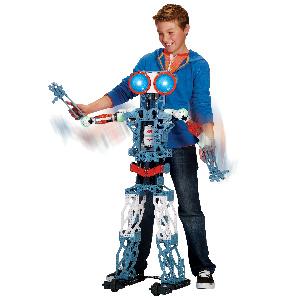 The Meccano MeccaNoid G15 KS Robot Kit is designed for kids ages 8 to 13.

You and your kids will fall in love with this little guys personality. It will teach your child to interact with a technology. I am sure this is the way the future is going, so you will be giving them a jump up in the learning curve.

You can build it in many different ways, as you saw on the video. It has over 1,100 pieces and 10 motors and stands over four foot tall.

You will need a smart device, like an Apple iPad to control it. 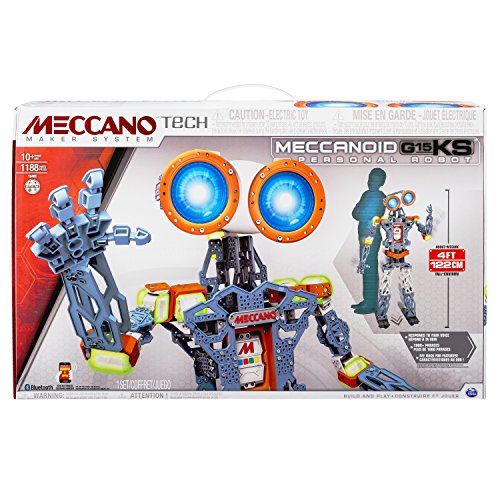 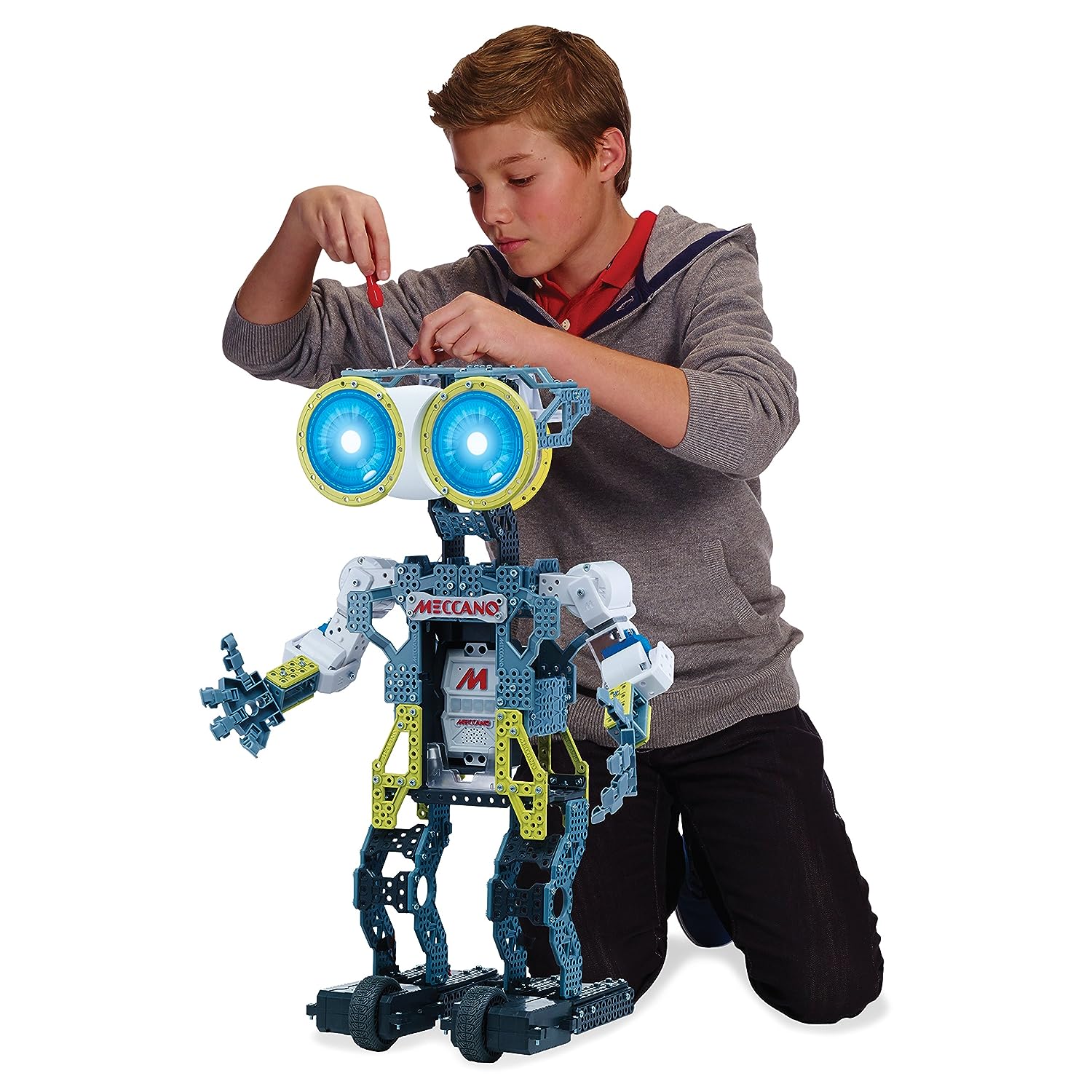 The Meccano MeccaNoid G15 is another great toy Robot kit. It is a smaller version of the one above, but still a great robot to build. It is half the size and half the cost.

It stands only two foot high, with 6 motors for realistic movement. It has over 620 pieces that you will put together to build this Robot kit.

You will be building a robot kit that is a talking robot that is full of personality, has a sense of humor, is capable of responding to instructions and even mirroring your movements.

What kid wouldn’t get a kick out of building a robot kit that ends up walking, talking, dancing and his eyes light up while doing all that?

I know my grandsons will be over the moon happy when I bring this home. 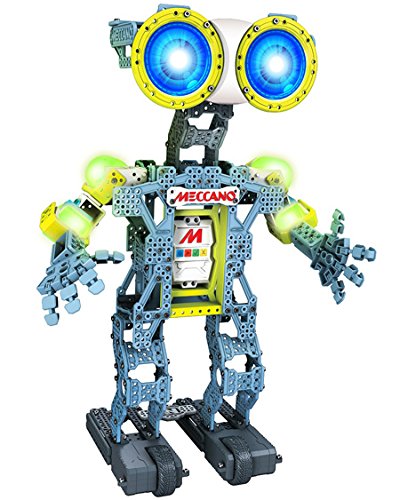 Build a Robot Kits are a great idea for boys or girls. No matter which one you decide on, be sure to have fun either watching them build a robot or work with them to get it built. These Robots will not be built in a day, so be patient. 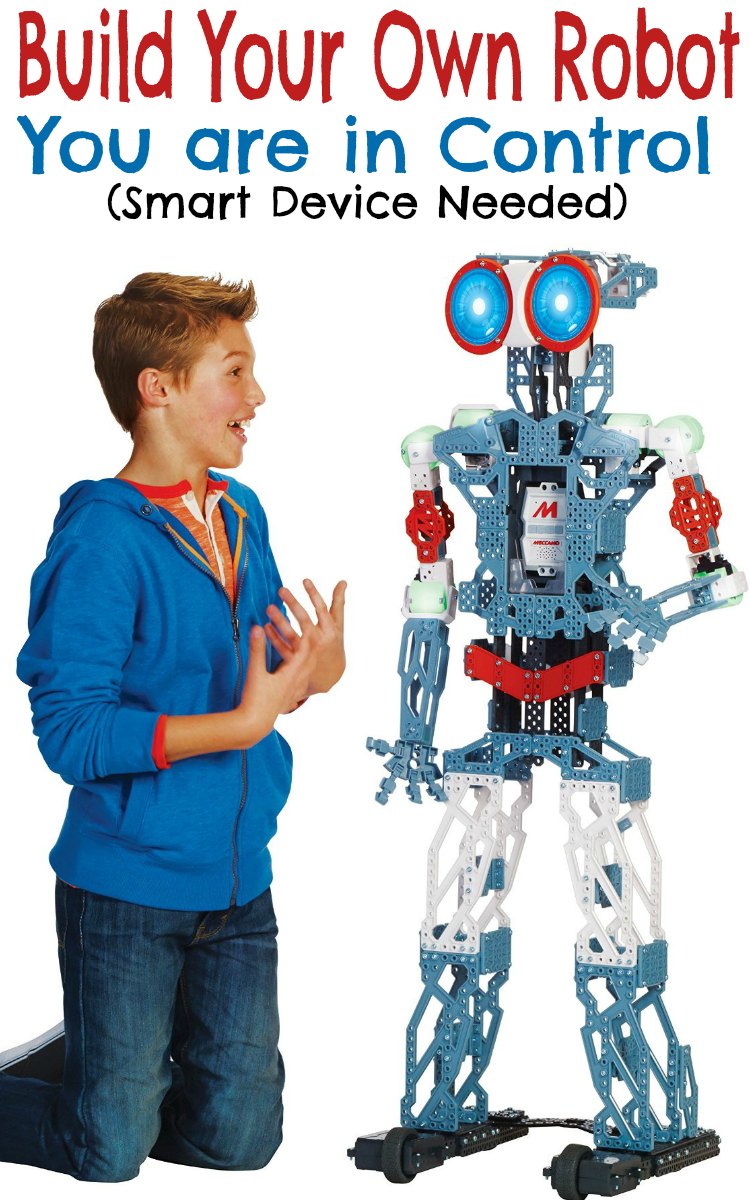 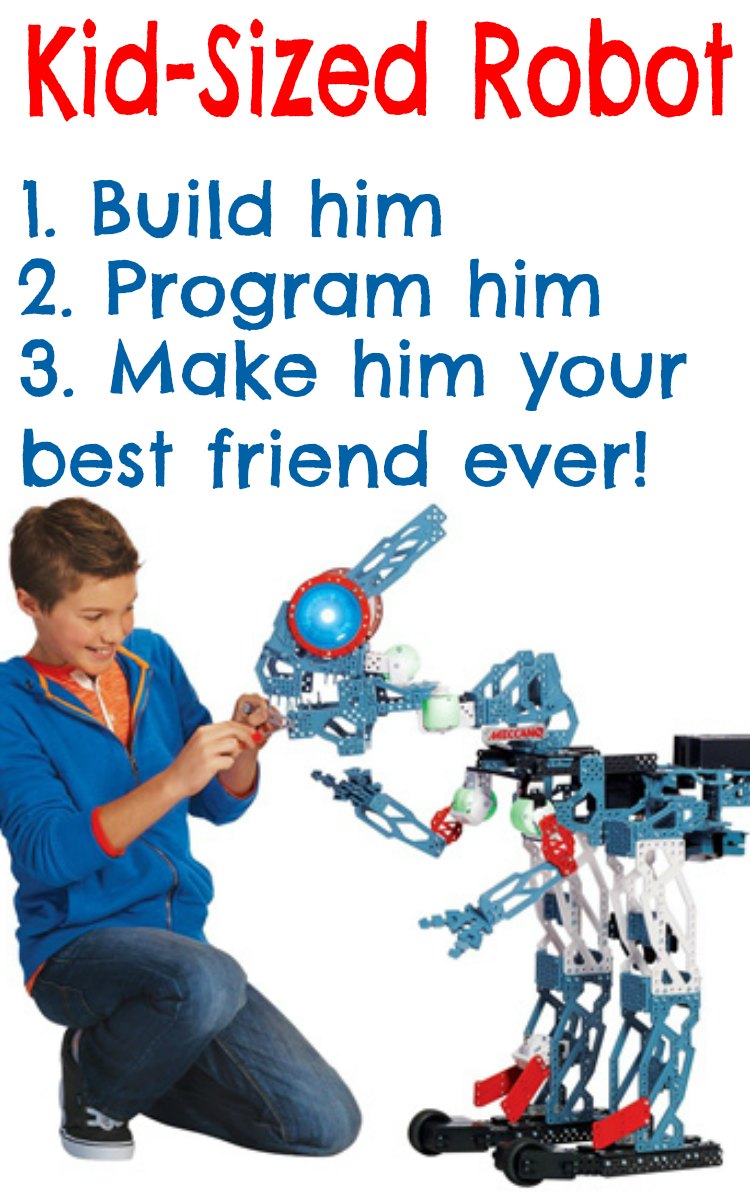 Blaze and the Monster Machines Toys

Grandma B
Blaze and the Monster Machines Toys

One thought on “Build a Robot Kit! What Fun!”