KidKraft Pirate Playset | Shiver Me Timbers | Yo Ho Pirate Life For Me!

The boys decided they wanted KidKraft Pirate Playset, and of course, Grandma B had to buy it for them. They love pretending to play pirates and have even decorated their outside tree house like a pirate ship. It’s adorable!

This Pirate Set comes with a Pirate Ship, a movable Scout Tower, and a large Pirate Hideout. The dimensions are 18.5 wide  x 9.5  deep x 21.65 tall. Big enough for several kids to play around it at the same time.

Kidkraft really knows what kids want and they make those toys. There is a Fire Rescue Playset, a Deluxe Garage set with even a car wash, and a huge train set and table. These are toys that kids are looking for an want to play with.

In a Hurry? Get the KidKrafts Pirate Playset HERE. 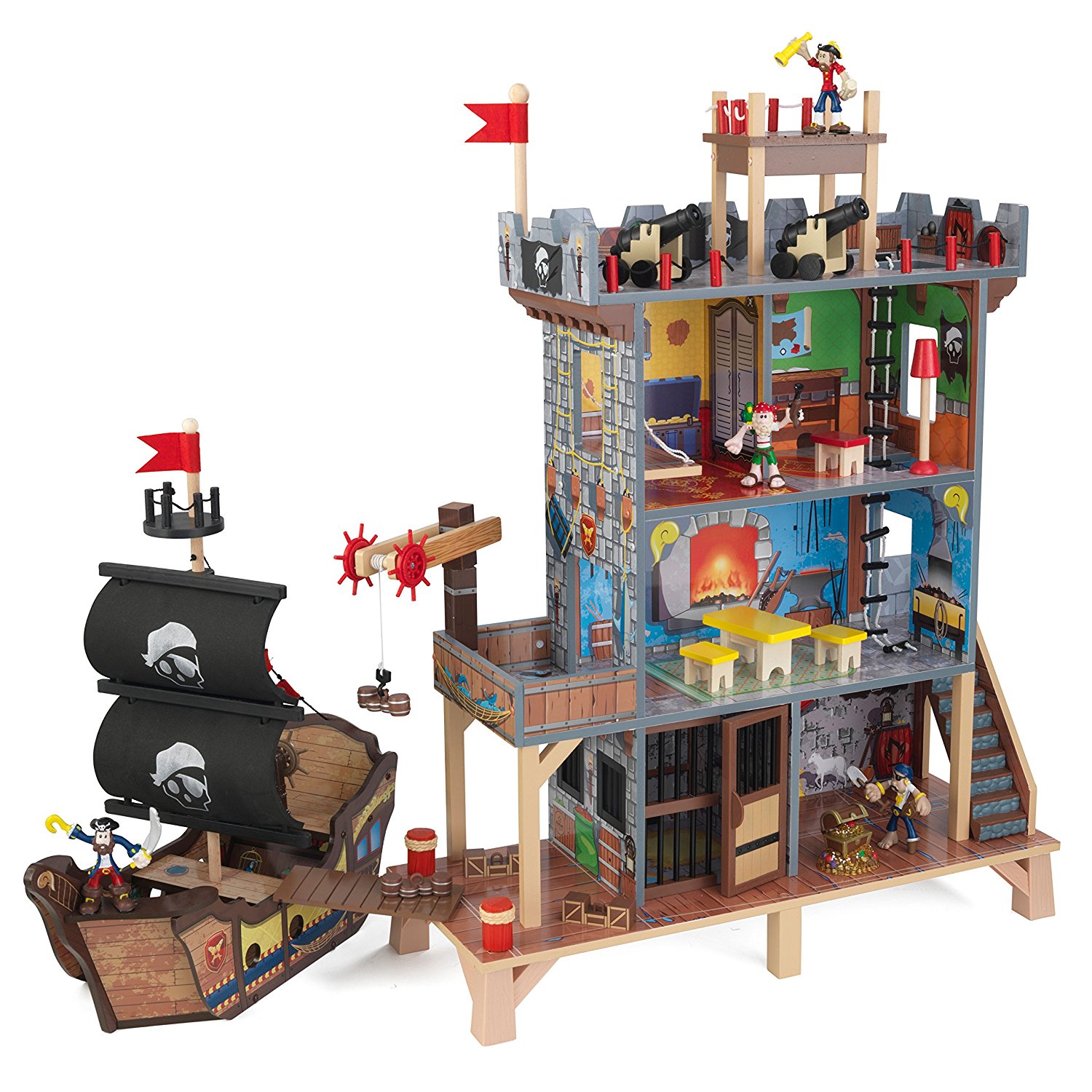 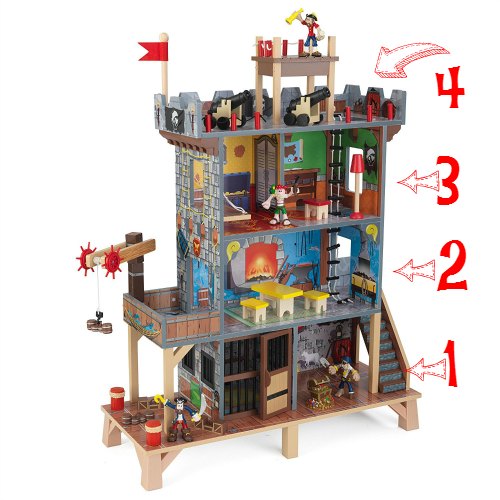 Light-Up Treasure Chest in the Hideout

The top of the treasure chest opens up and then you press the button on the front to make it light-up. Its full of lots of gold and jewels. The pirates guard it well, so don’t even try to take any. You will end up walking the gang plank right into the ocean. Fish Bait! 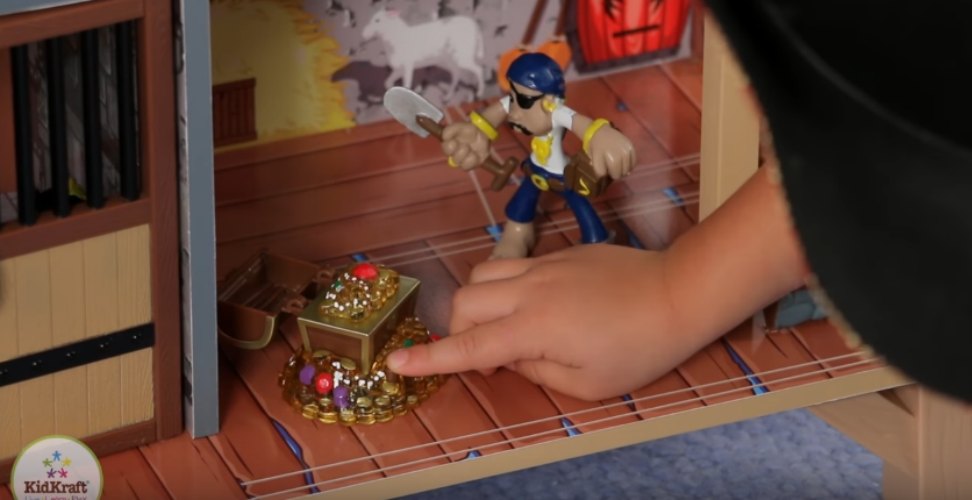 KidKraft Pirate Playset Has Cannons With Lights and Sound

The Pirate Hideout has 2 cannons that light up and make sounds at the push of a button. They have these set up on the roof or the 4th floor. But they can be moved wherever you want them to work the best. 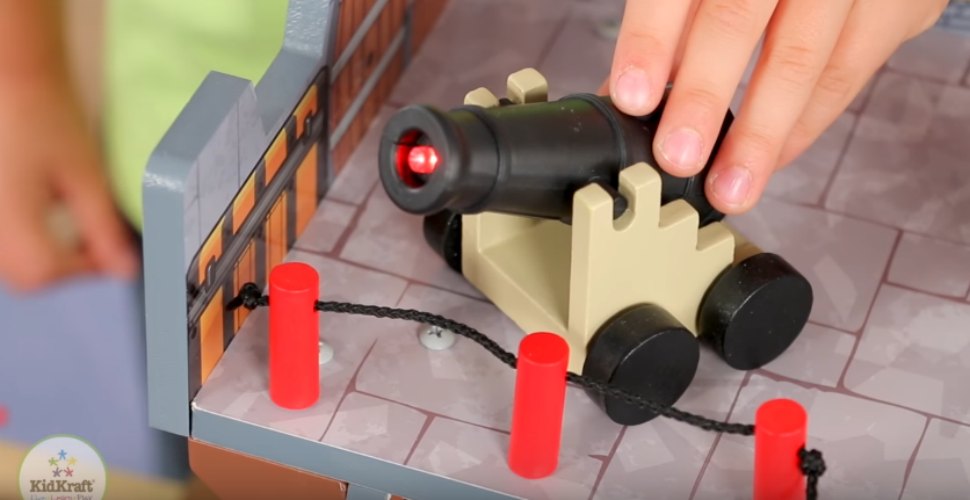 Loading cargo on a Pirate ship is hard work. But this crane will make the work a bit easier. Just let the crane down, hook it to the cargo and wind the crane back up to put the cargo in it’s place

I have found that usually the Pirates ship sails are plastic, which if fine. But when the sails flow in the wind it makes it seem more real. These are big black sails with a pirate head on them. 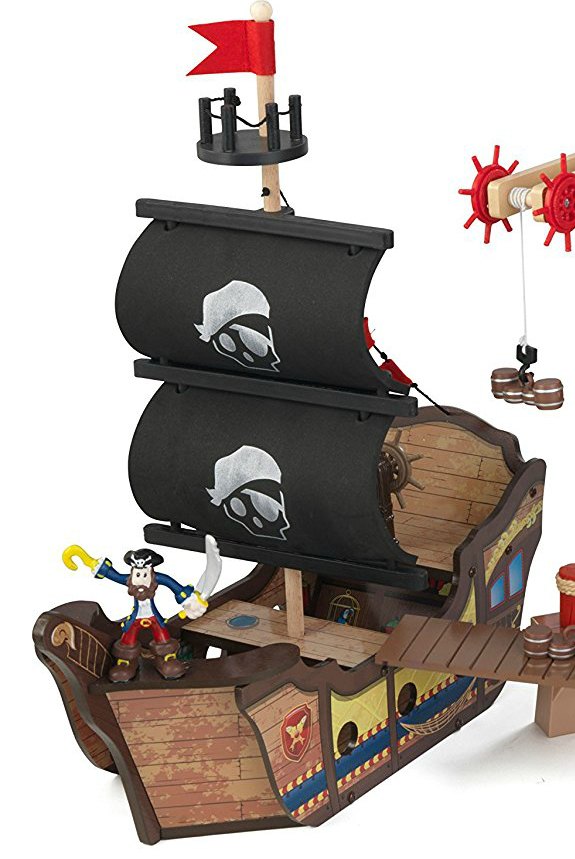 Where to buy KidKraft Pirate Playset? 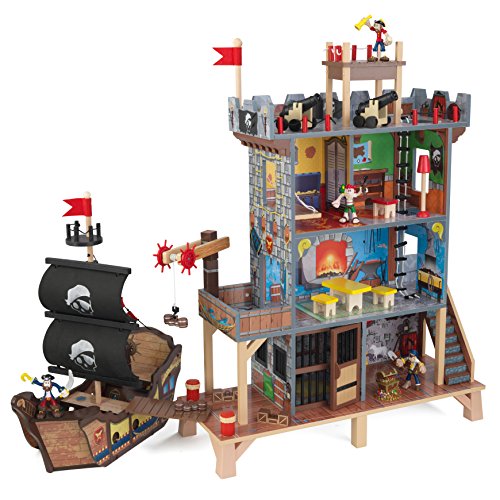 Our KidKraft Pirates Cove Play Set includes everything young imaginations need to embark on grand adventures. The fully-outfitted four-level pirate hideout features a jail cell, a light-up treasure chest, a rope ladder and a pair of cannons with lights and sound. A working crane can transfer cargo to the included pirate ship with fabric sails and a bendable pirate captain and his crew. This set features sturdy wood construction for years at sea. Ahoy, mateys!

See all the KIDKRAFT HERO PLAY SETS at Amazon. 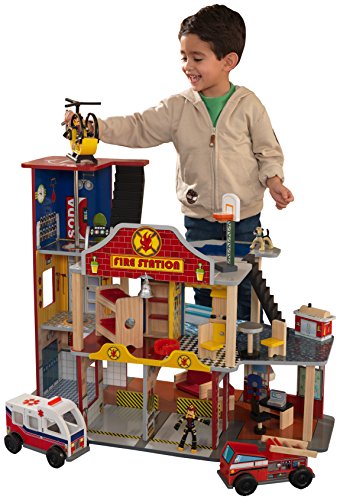 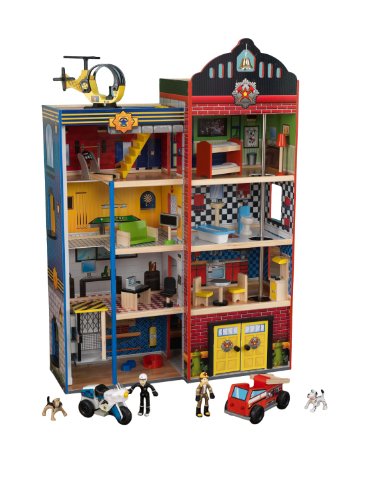 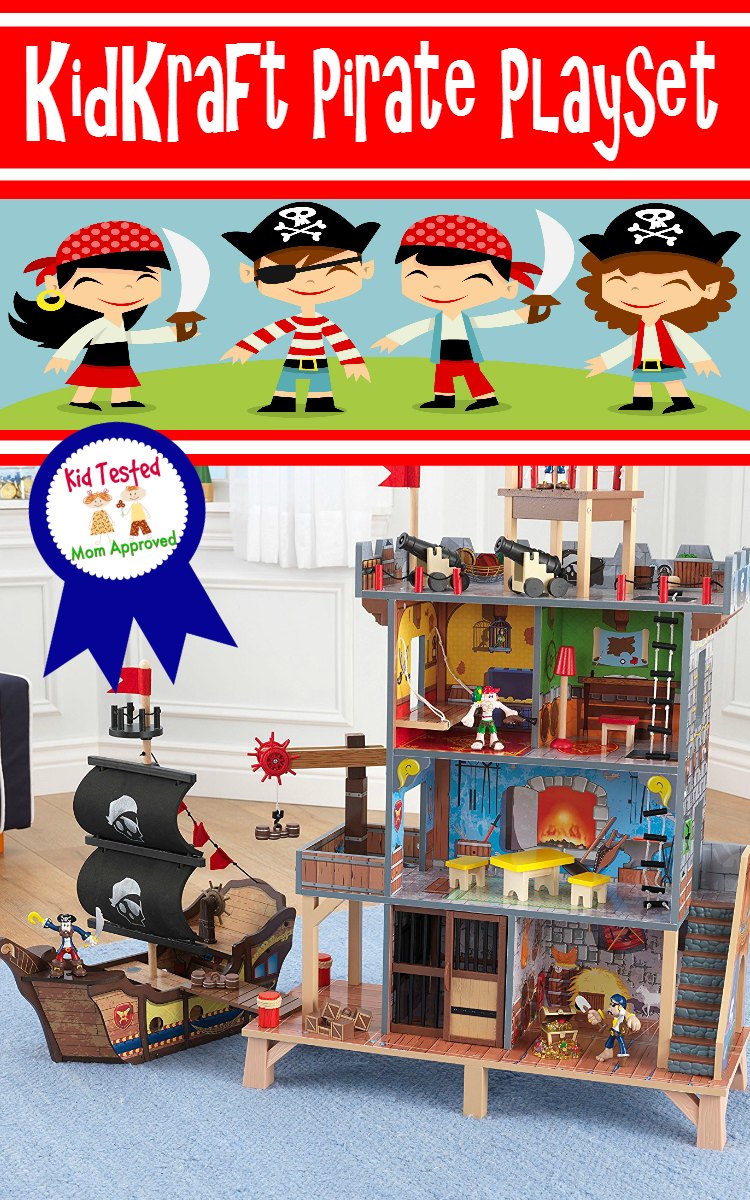 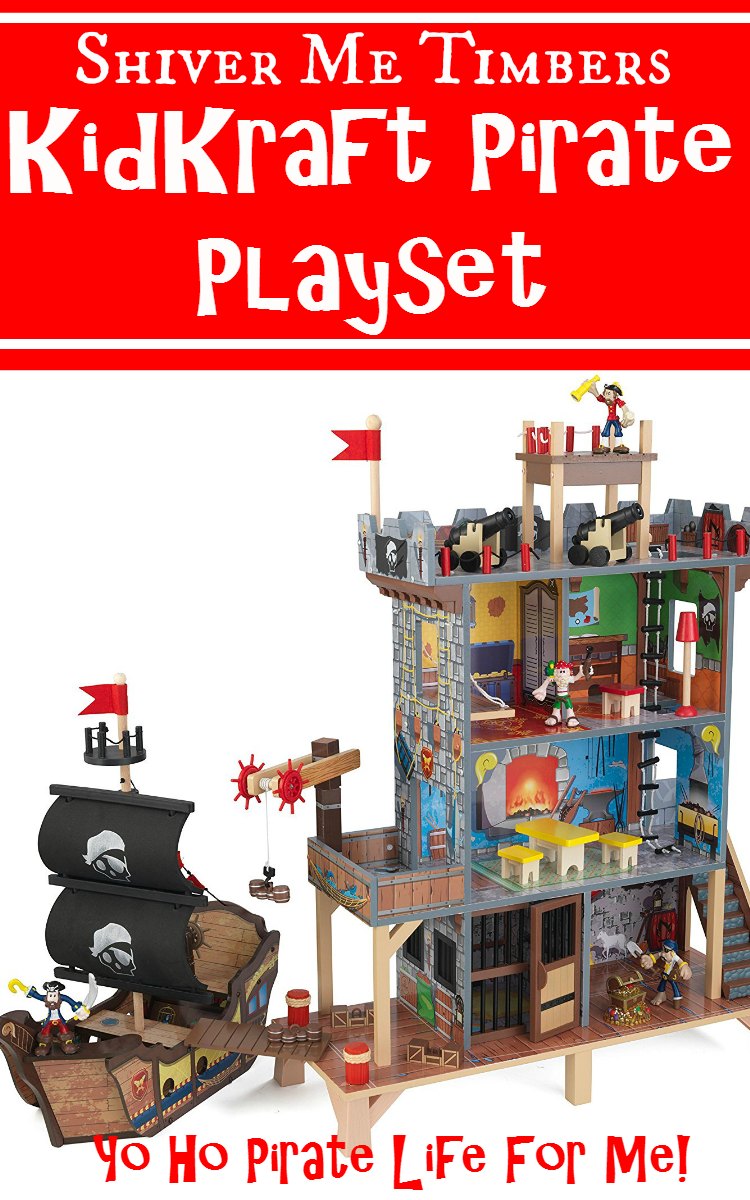 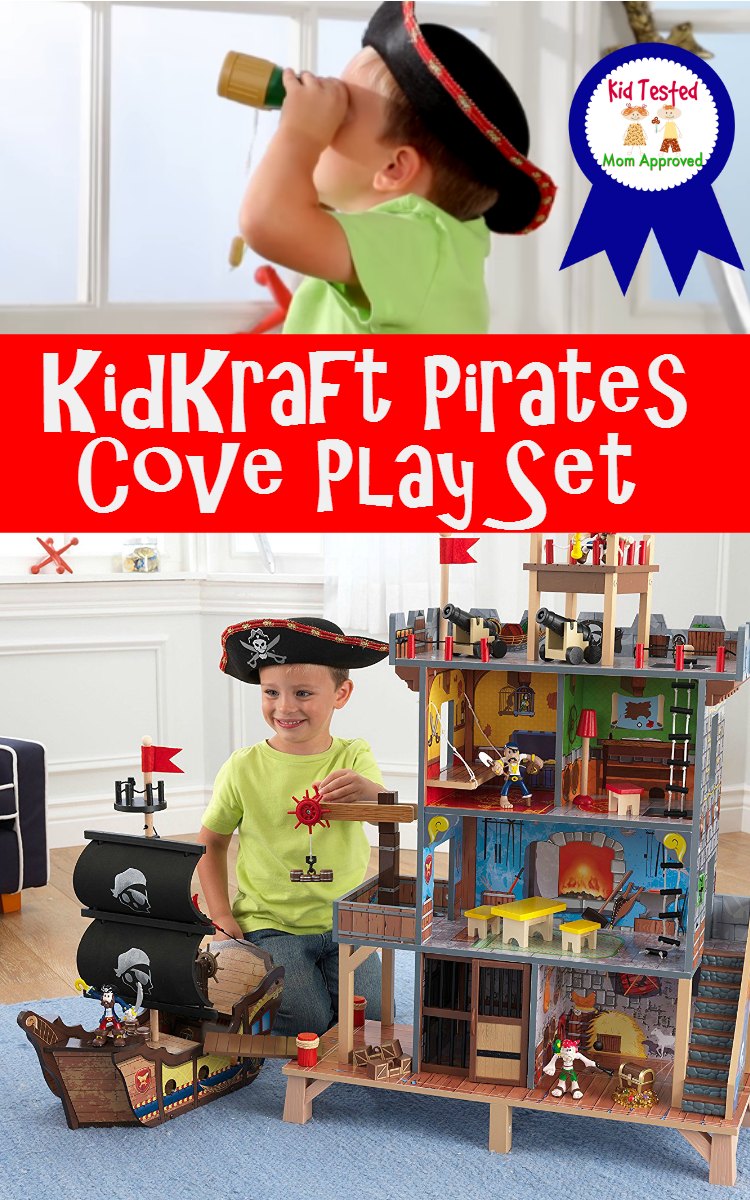 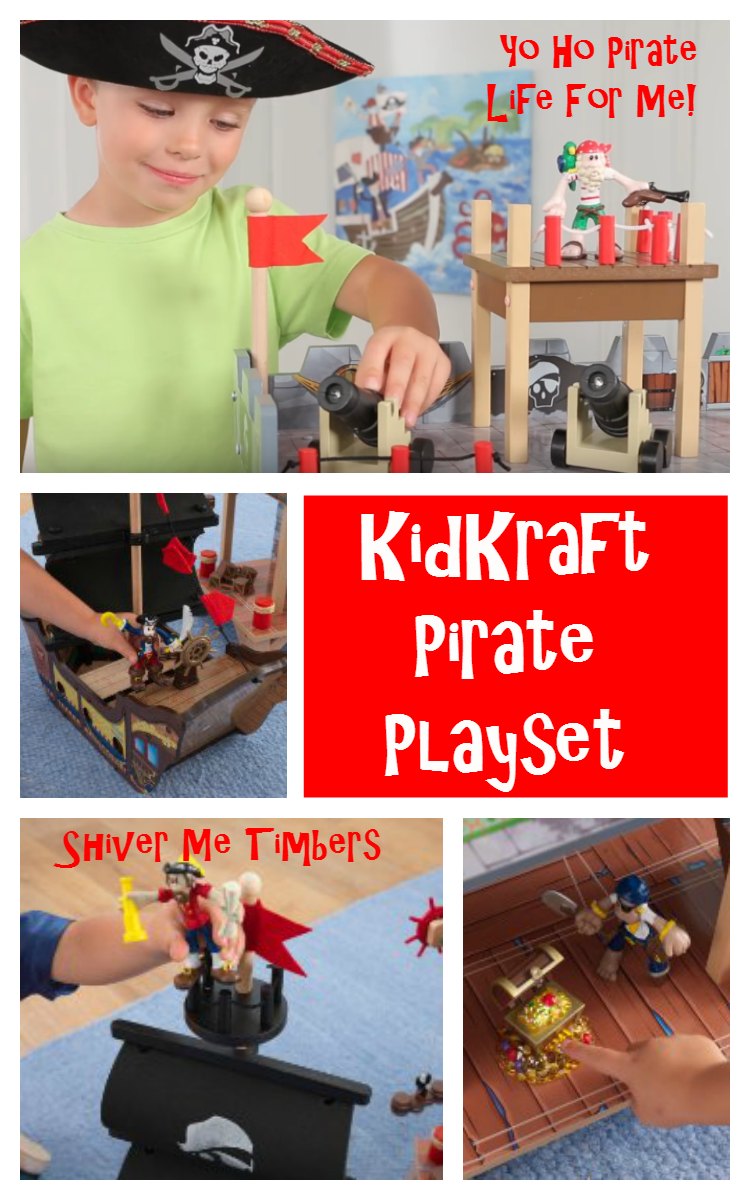