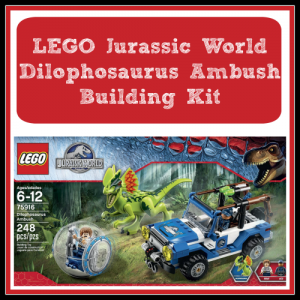 I am old enough that I remember the very first Jurassic Park movie that came out in 1993. My family forced me to go see it and after that every big dog that ran towards me freaked me out. I swore I would never see another Jurassic Park movie.

But since it has been over 20 years since the first movie, I may have to try it again. Although, the first time I watched Jurassic Park, my sister about threw me to the ground when I tried to climb up her body….so maybe I better not.

I am sure the special effects will be awesome and make the dinosaurs in this movie really scary. I just have to keep reminding myself that they aren’t real. (They aren’t real, are they?)

The Dilophosaurus is a new dinosaur introduced in this set. This is the only set that you will be able to get this particular dinosaur.

The other mini figures that come in this set is Gray and ACU Soldier.

Included in the LEGO Jurassic World Dilophosaurus Ambush 75916 Building Kit is a Gyro-sphere which is self balancing. So when Gray is inside, he stays upright as he travels along.

The Jurassic World Jeep is also included with this set. It looks very much like the first Jeep from the first Jurassic Park from 1993. The top canopy swings back so you can add a driver in the front seat. 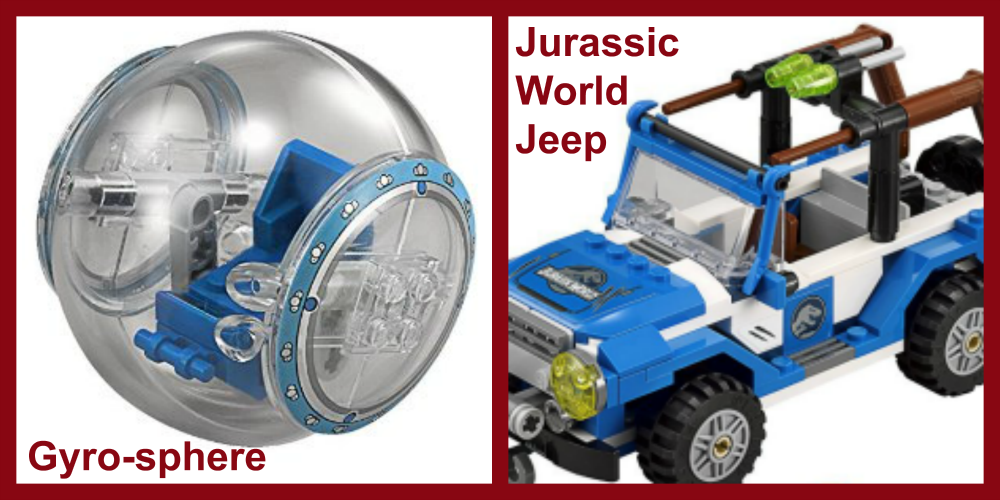 In the back are two boxes that hold the ACU Soldiers gear, a wrench, binoculars, and a chicken drumstick. By spinning the spare tire in the back of the Jeep you can cause the boxes to jump and throwing everything out of them. Havoc abounds in the Jurassic World. One the top of the Jeep are two push firing missiles and on the front of the Jeep is a winch to help them get out of sticky situations. 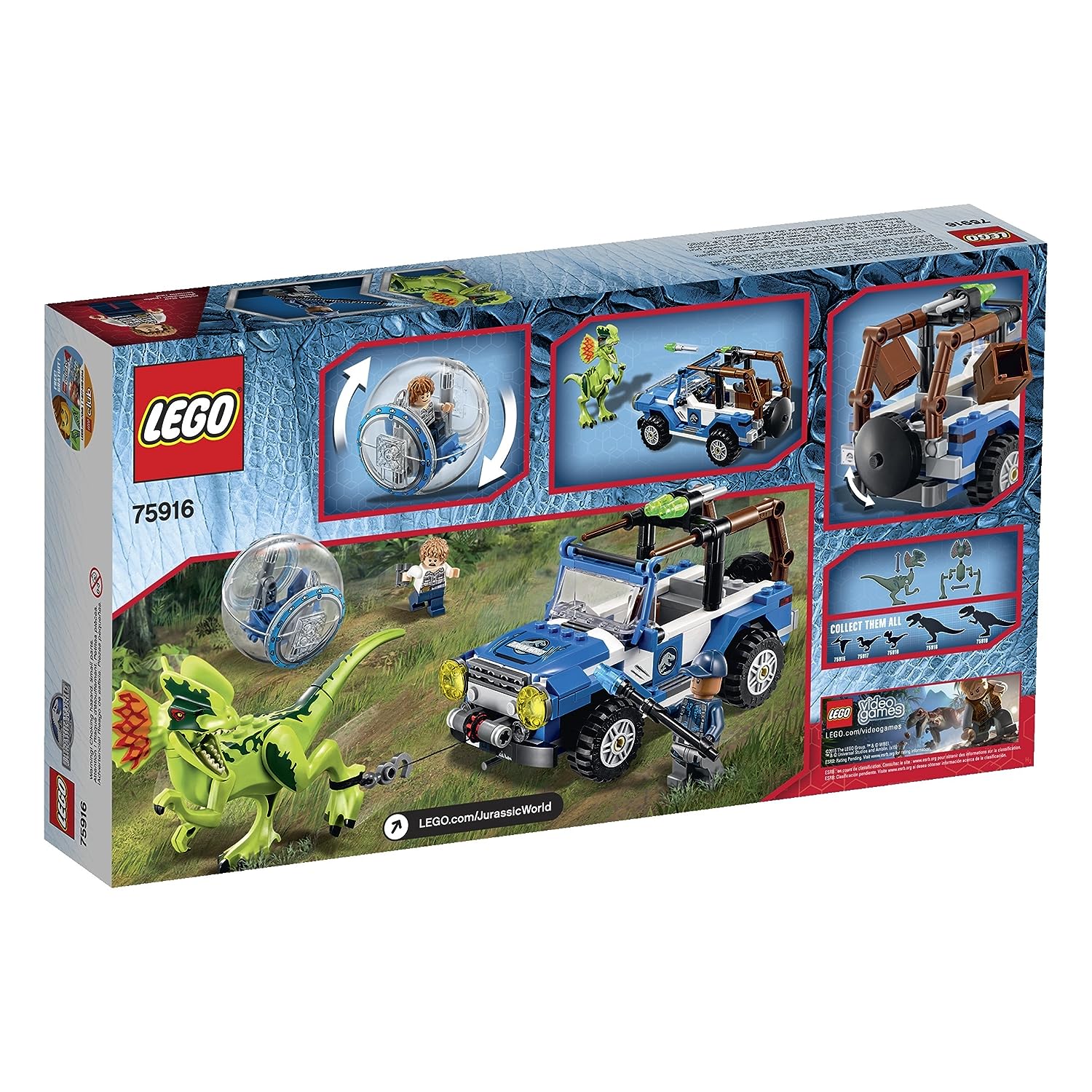 What comes in the set

Watch as this exciting set is unboxed and each piece is introduced and shared with you. See the colors up close and share the excitement this man had in his new set.

Adding more than one set will increase your fun. These sets will all work together and join in to make the entire island, just like in the movie.

I hope you are just as excited as he was to unbox your new LEGO Jurassic World Dilophosaurus Ambush 75916 Building Kit.