This Lego Jurassic World building kit is all about capturing the Pteranodon Dinosaur.

The dinosaurs body is the same one they had in a similar set, but this time they built it with plastic that isn’t hard. It really cuts down on the possibility of the wings breaking.

They have made them so they can be moved to look like the dinosaur is flying. A mini figure can ride on the top of them as well. Kind of a cool feature.

The helicopter is for you to capture the Pteranodon dinosaur with. It has a net shooter on one side that you put the net into and then push it or shoot it from the back.

This kit comes with 2 mini-figures, Simon and a ACU trooper with full vest and armor and a handheld tranquilizer gun.

This set will go well with the other Lego Jurassic World sets. They are all interchangeable. 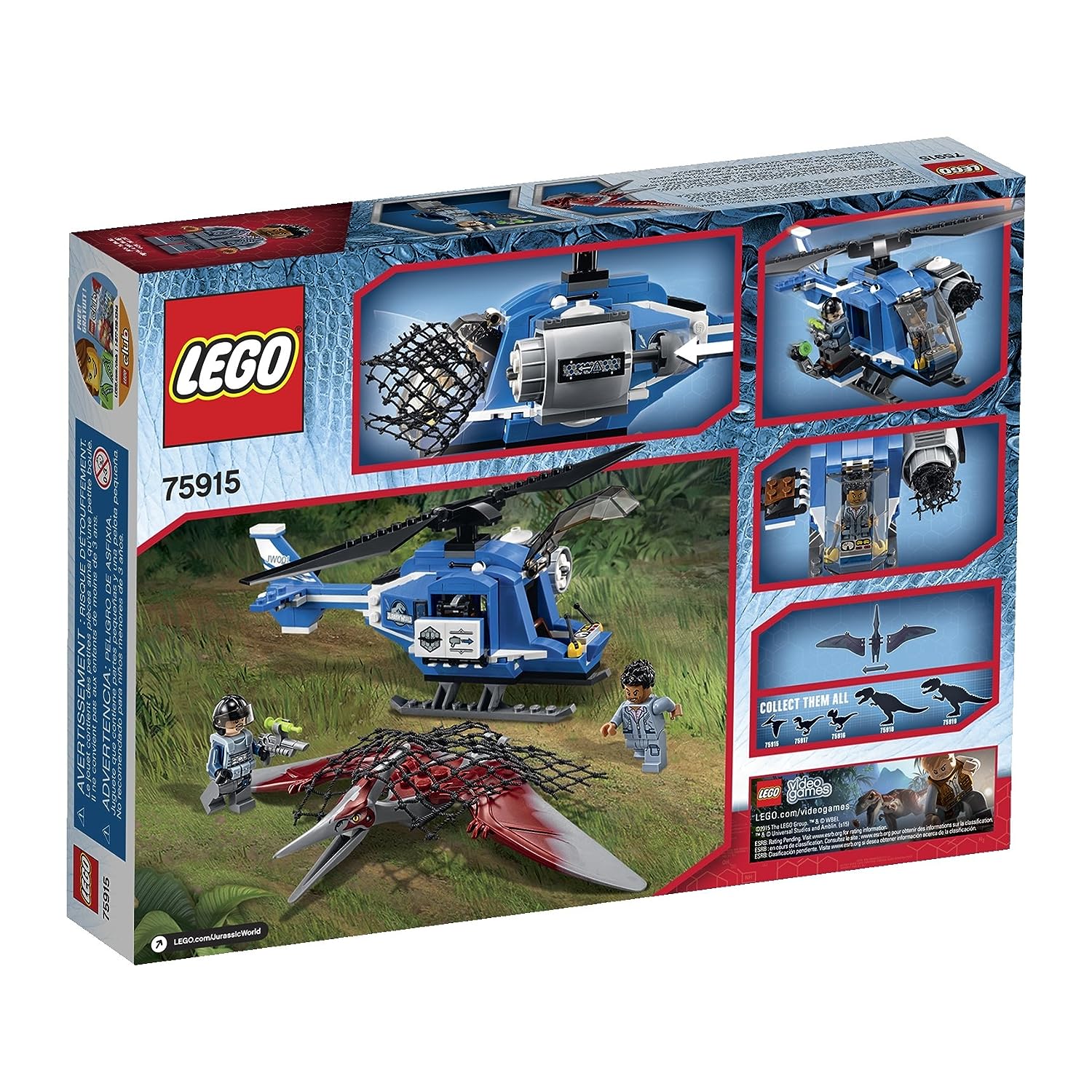 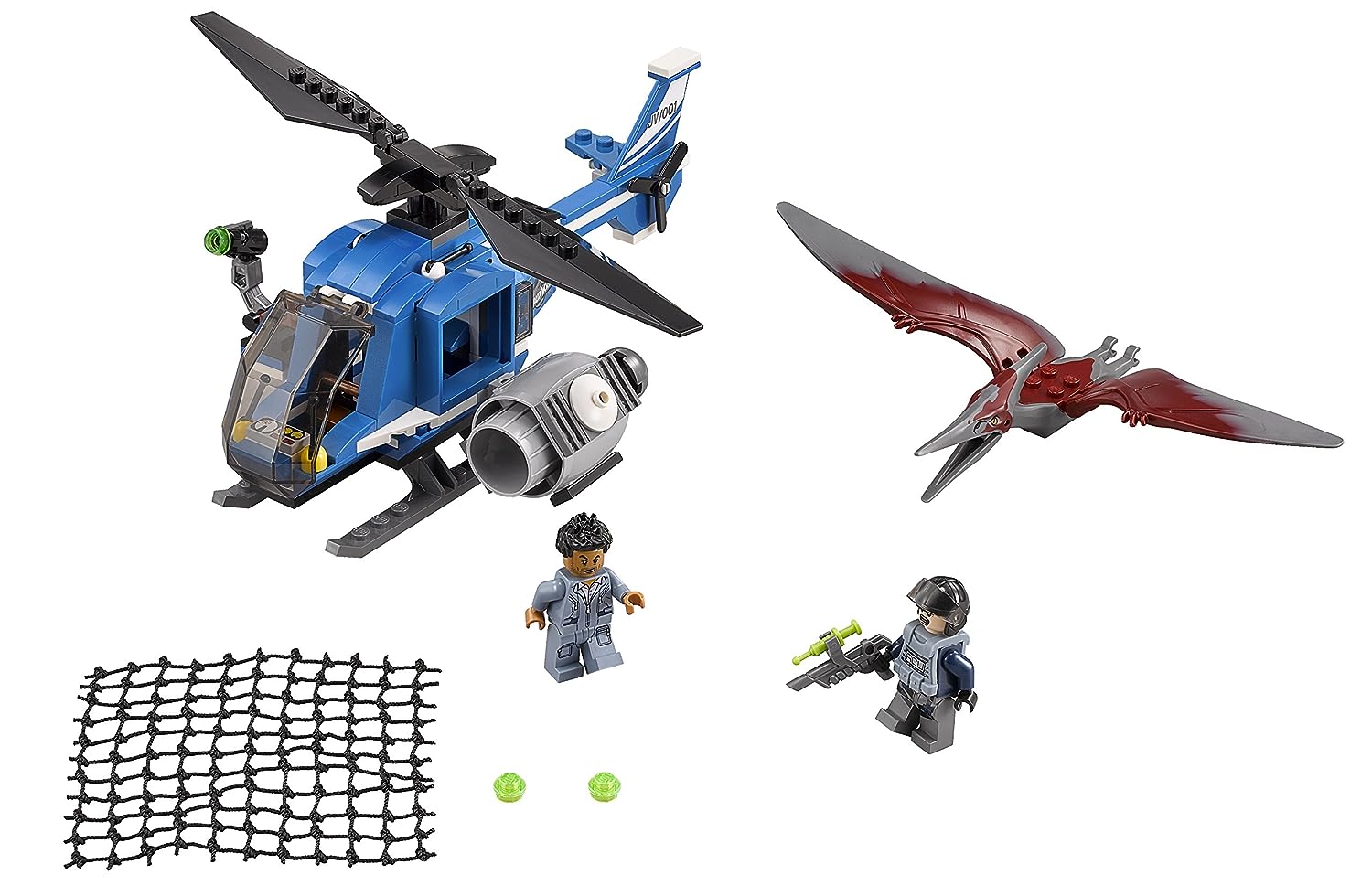 Everything this kit comes with