New Star Wars Toys From the Movie – The Force Awakens

The New Star Wars Toys are out from the 2016 The Force Awakens movie. It looks like there is a new evil man, Kylo Ren in the new movie.

He built his own light saber, a dangerous and ragged design. He is a human, but he wears a black hooded cloak and he carries his light saber. He is said to be obsessed with Darth Vader and is determined to finish what he started. I wonder where he came from??? From this wonderful new movie comes some really awesome toys. These new Star Wars movie toys will keep the memory of the Star Wars battles alive in your kids minds and yours too.

My favorite toy from the movie is the new droid named BB8 that you see in the movie with Rey. They have duplicated that toy for your kids to play with. Actually, it is so cool, you might want it for yourself. It is a miniature of the original in the movie. 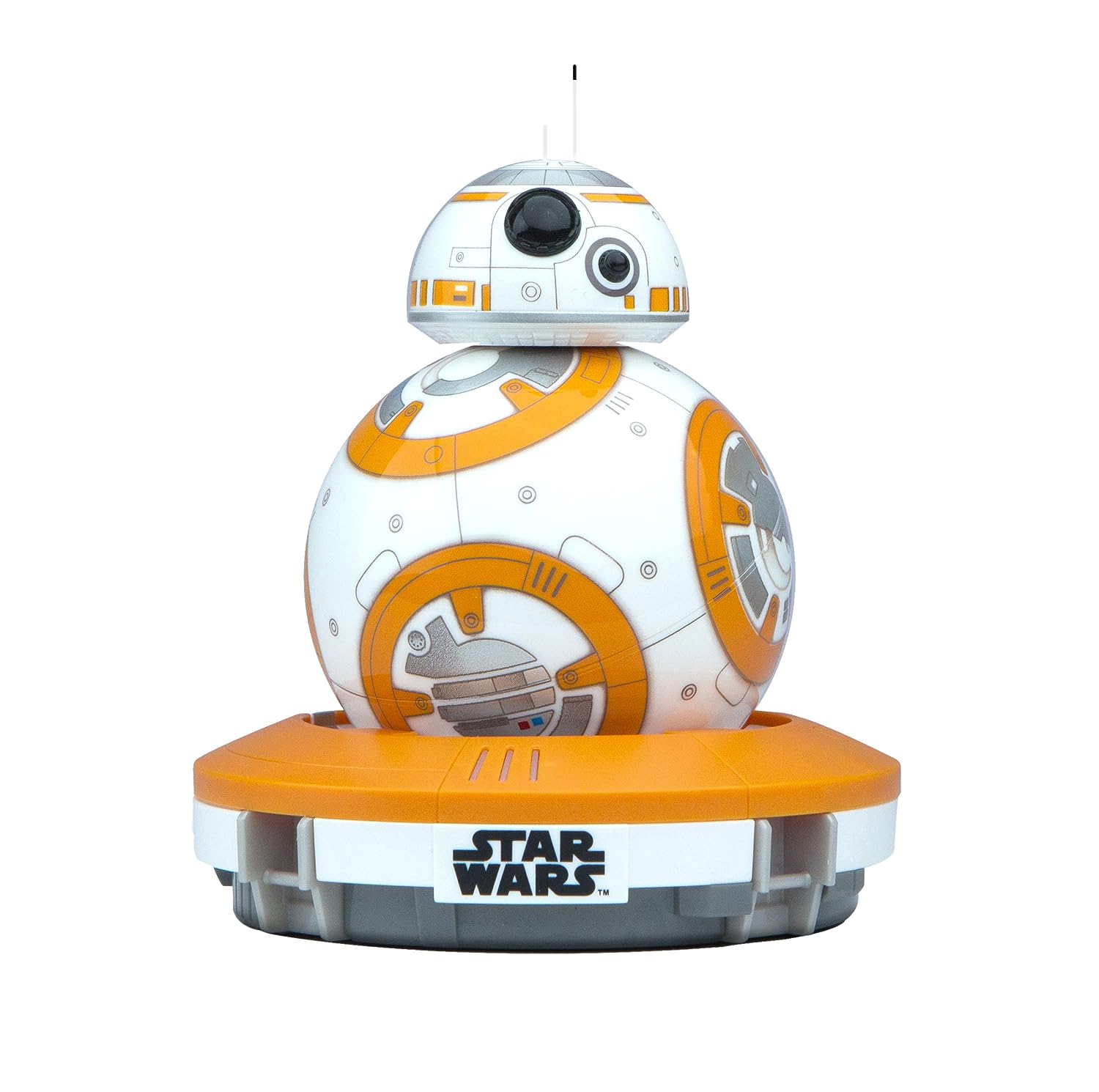 You control this little BB-8 Droid with your tablet or phone.

This Star Wars BB droid is remote controlled with an app you download. It’s easy and fun to play with. Watch it as it goes around your house and find things.

It has a personality and can tell you yes and no when you ask him questions.

BB 8 recognizes your voice and responds to it.

The Star Wars BB 8 Sphero Droid has Holographic messages already recorded or you can record some of your own. Play around with this new new star wars toy and see what you can do.

I predict that Star Wars BB8 Droid Remote Controlled Toy will be the hottest new toy. Grab yours now! 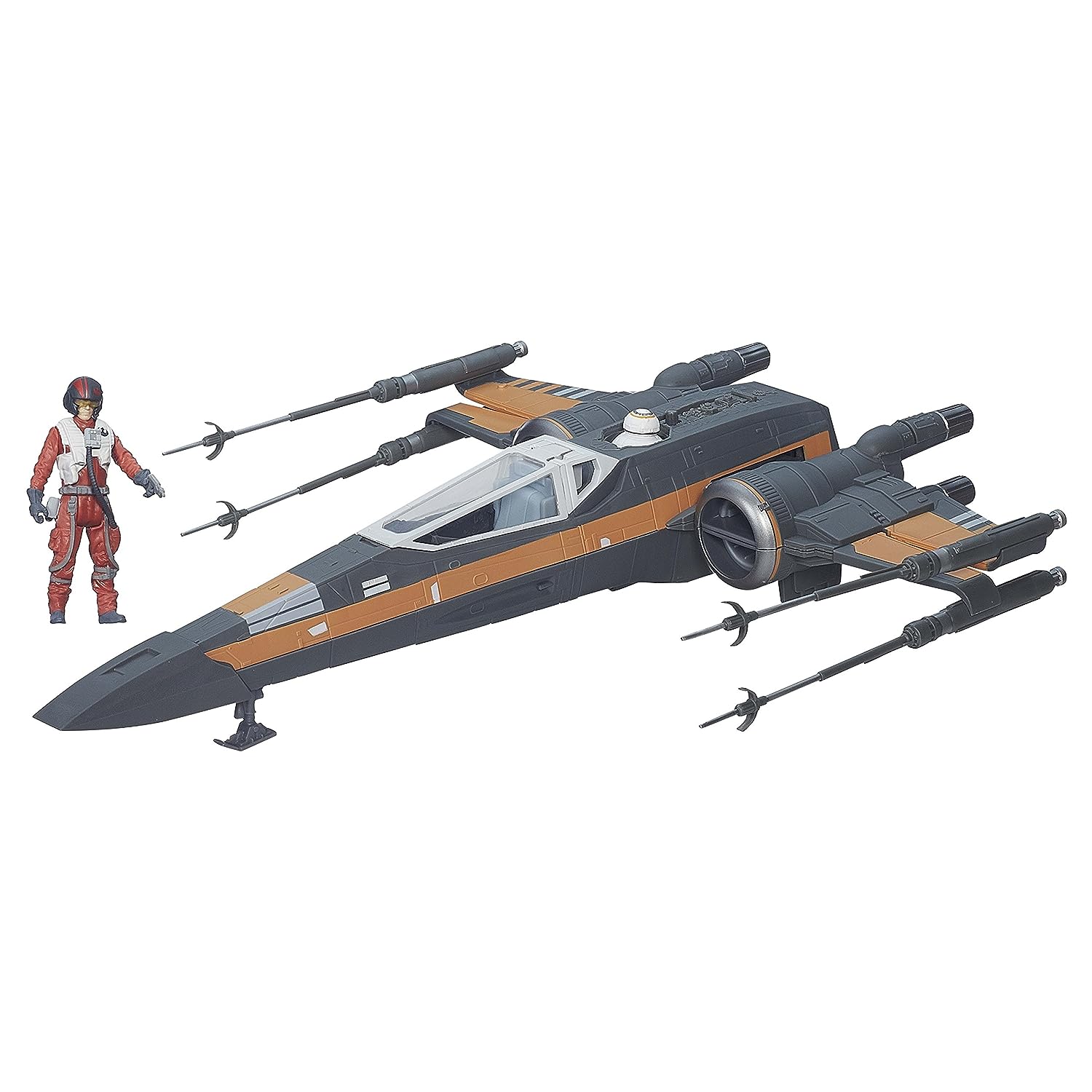 Poe Dameron is a pilot in the Resistance. His parents both served the Alliance to Restore the Republic in the fight against the Galactic Empire.

Leia Organa said that he was their best pilot.

It comes with a missile and and action figure of Poe Dameron.

Now your child can take on the fight of good versus evil. How far will their commitment take them? Poe will do whatever it takes, so be ready. One of the new Star Wars toys is an old friend. R2-D2 robot interactive toy is 16 inches high and is operated by remote control.

Now your kids can have their very own R2-D2 to play with.

He moves forward, backward, left and right and makes turns.

He has some pre-programmed commands, and 10 buttons to program over 1000 action combinations.

He will respond to your little guys voice.

He has sound effects with coordinating head movements.

He walks and spins. This will be so much fun!

He of course project am image of Princess Leia on the wall. He wouldn’t be R2-D2 if he didn’t.

Kylo Ren commands First Order missions with a temper as fiery as his unconventional lightsaber.

He made his own lightsaber and it is far more dangerous and deadly than the others.

An electronic lightsaber that will extend for battle with a flick of your wrist.

It is movie-like in its appearance, so it will really feel like your are fighting side by side with Kylo Ren.

It has lights and sounds to thrill you little guy as re relives scenes from the new Star Wars movie.

It also comes with a light daggar and can be customized with other Blade Builders.

Let the force be with you! Take control of the fastest ship in the galaxy with the new Star Wars toys Millennium Falcon.

Motion sensors begin with sounds and lights as soon as it takes off, is in flight and lands.

Fit two characters in the cockpit and get ready for battle.

The back opens to reveal a playset on the inside.

It comes with Fin, BB8 and Chewbacca figures from the movie. 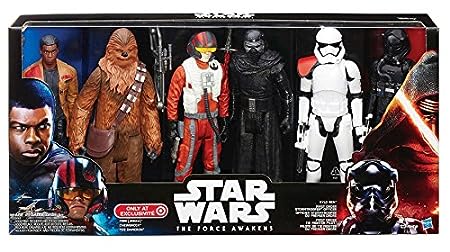 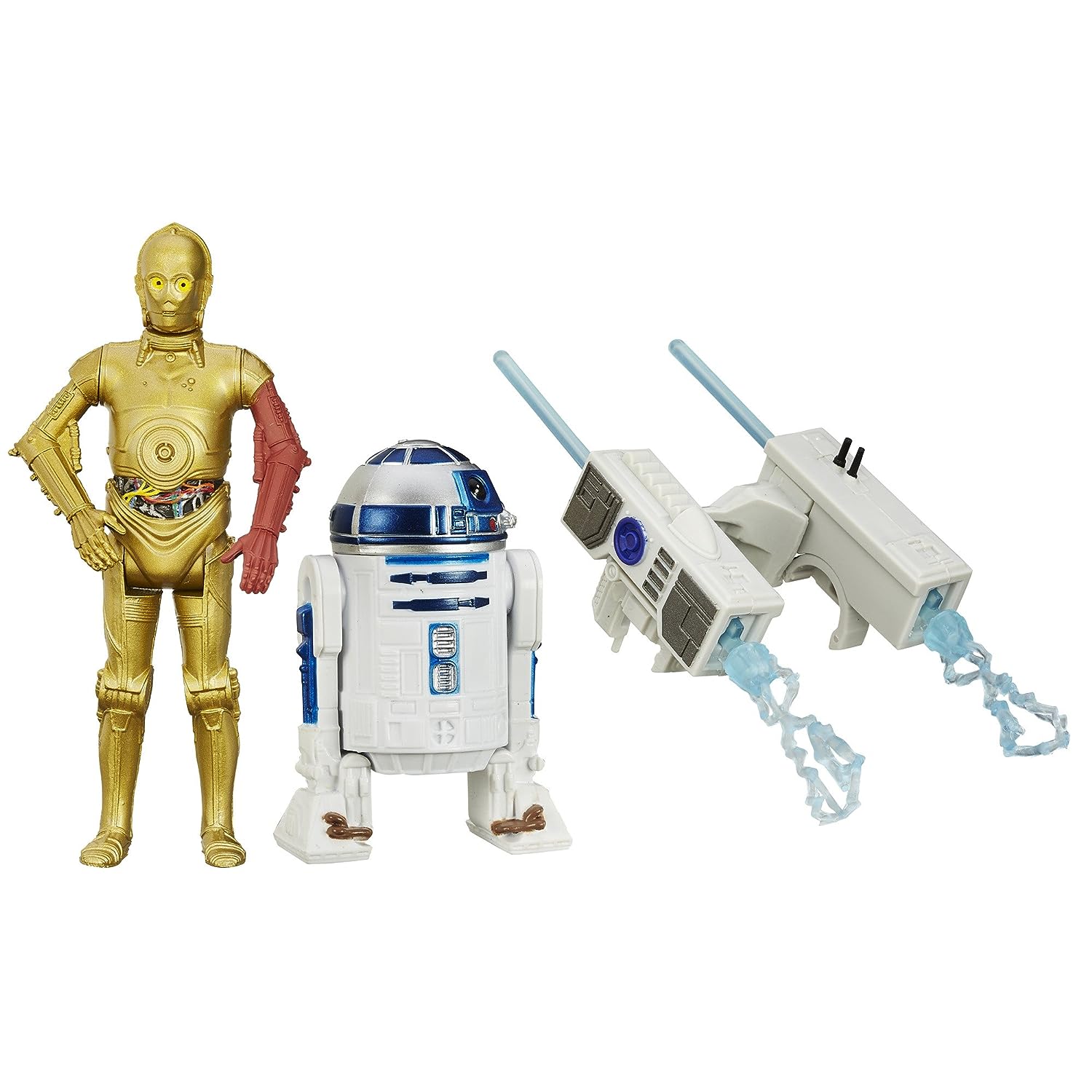 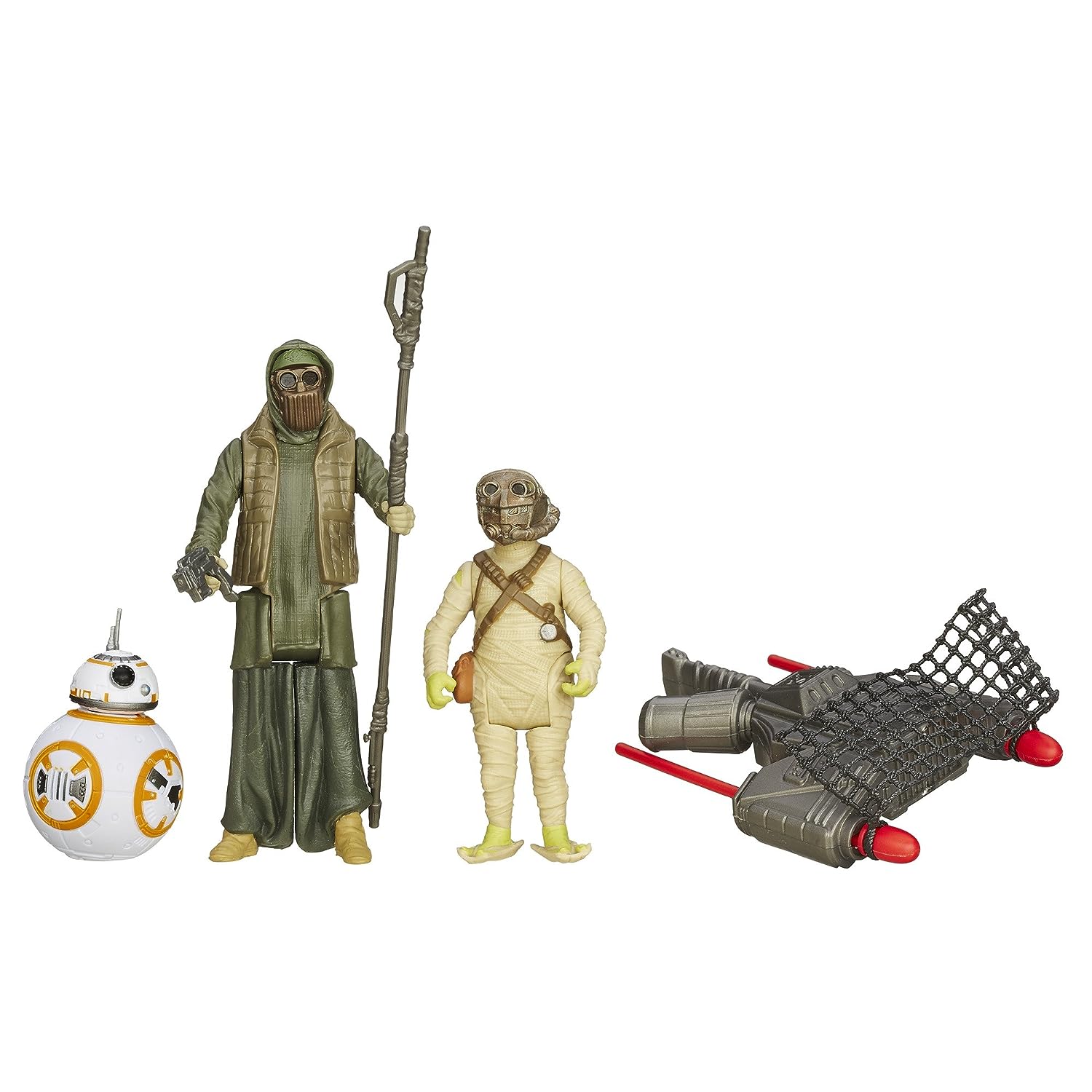 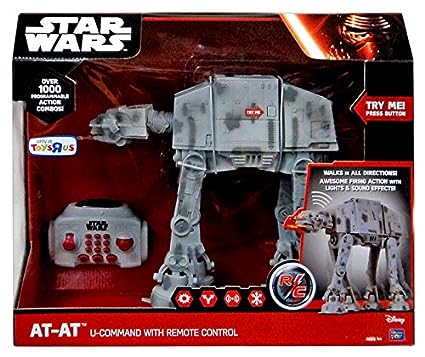 The All Terrain Armored Transport (AT-AT) walker, also known as the Imperial Walker, was a major part of the Galactic Empire’s motor-pool.

It was one of the most heavily armored land vehicles in the Imperial Army, but was also known for its relatively slow speed.

But now you are in control of the AT-AT. Will you fight for good or evil?

The choice is yours, but with 10 buttons to program and over 1000 action combinations, you should rule the world soon. 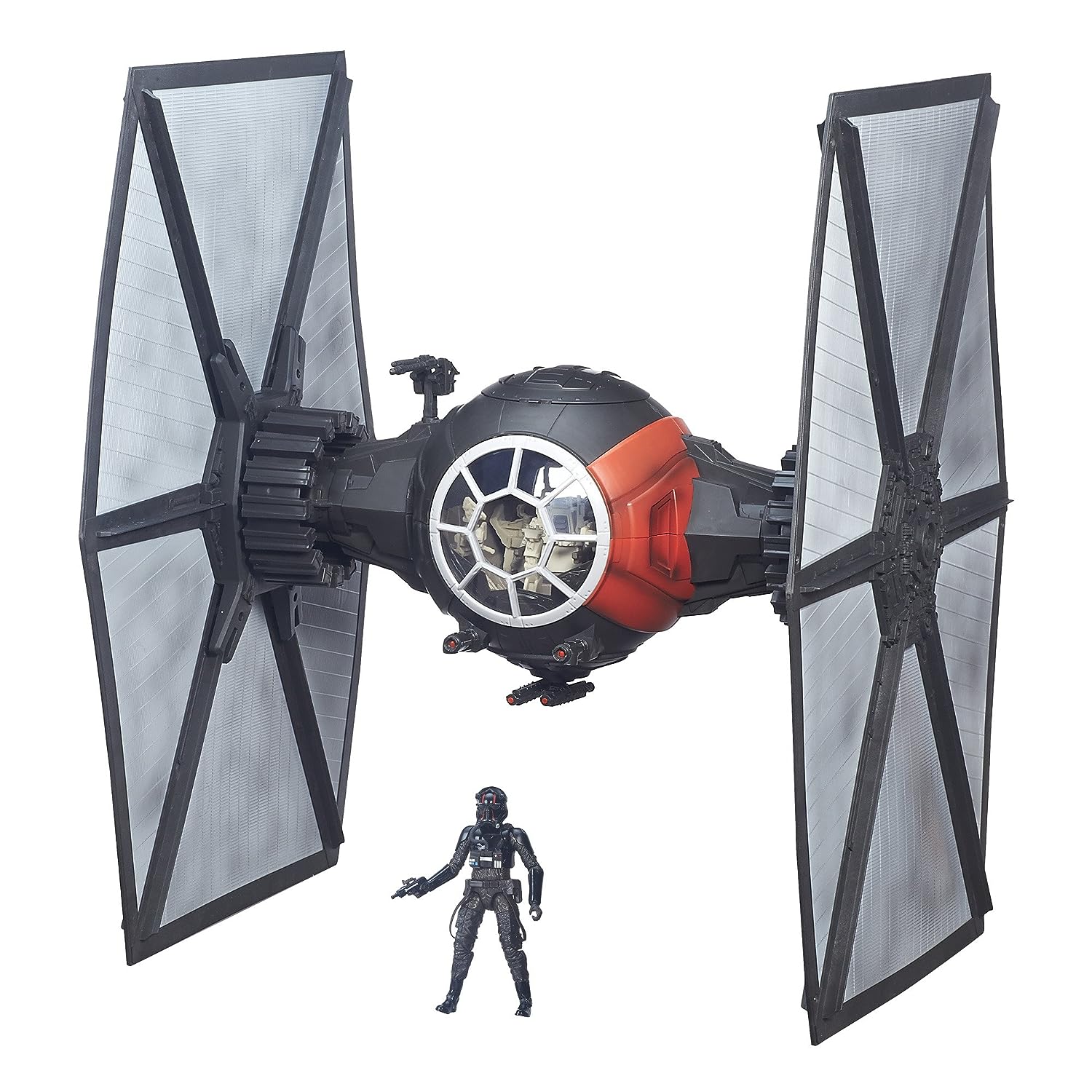 The Star Wars The Black Series First Order Special Forces TIE Fighter is only for the elite pilots. Are you ready to take on that role?

This fighter is designed as a two-seater and enhanced weapons and sensor systems. It is ready to do serious battle.

This is detailed to look like the on-screen fighter so you can recreate battles from the movie.

If you want to add others, you can purchase them separately.

Make it a goal to build up an epic collection with all the figures and vehicles from The Black Series. 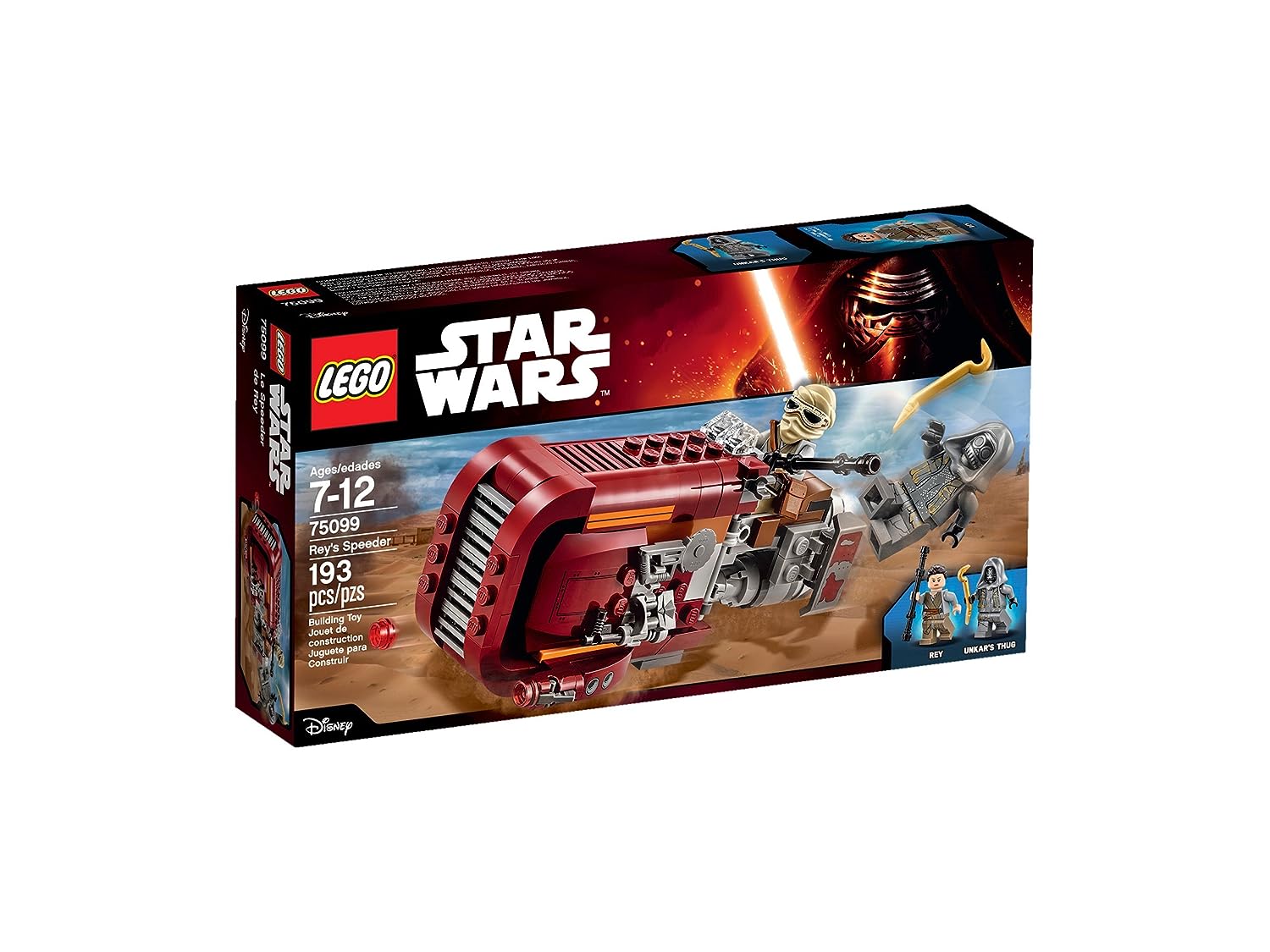 This is the Lego version of Reys speeder bike that she takes across the desert.

Rey is a scavenger and this is her way to get around.

She is one of the three main characters in the new Star Wars movie.

She will be the next hero and now you can play with her speeder bike and relive her adventures in the movie.

It has 193 pieces and includes 2 minifigures: Rey and Unkar’s Thug with a crowbar.

Put this great Lego set together and you are ready for hours of play time.