Talking Blaze Monster Machines – They Have So Much To Say!

Talking Blaze Monster Machines are perfect for kids that are already in love with the show and want the cars to match. My grandson is crazy about Blaze. I already bought him the Blaze Monster Machine Dome Playset. You can watch a video of him opening it on my post…. click here.

In a Hurry? => CLICK HERE for Talking Blaze Monster Machines

So I decided that I would buy him another one of the trucks from the Blaze TV show. I got a little confused on all the sizes and couldn’t really tell what size each truck was. So I took a trip to the store and found out for myself. Here is a picture of all the Blaze Monster Machines they had in stock. 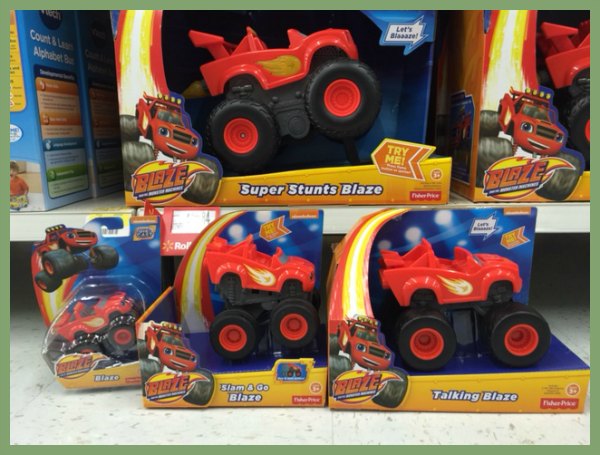 So here is a pretty good representation of the sizes of these machines. The smallest one to the far left is the regular Blaze Die Cast Monster Machine. This was my grandsons first monster machine and his favorite toy now, along with the same size Crusher. I would guess they are about 3″x 2″. Perfect size for a pre-school child to hold in his hand

The next size up is the Slam and Go Blaze. You hit the back end of his monster machine and it shoots off across the floor. The body is bigger than the die cast truck, but not as big as the Talking Blaze. I would guess he is 4″ long.

Talking Blaze, as you can see in my video would probably fit in the palm of my hand, so maybe 5″ long and maybe 4″ high.

Then the next size up is the Super Stunts Blaze. He was a big truck. I would guess him to be about 9″x 7″. I wish I had brought a ruler. But this gives me a better idea of what I am buying. I am interested in buying the talking Blaze Monster Machines, but all the Blaze and the Monster Machines are awesome!

Blaze is ready to run around and race Crusher all day long. Since this is a talking Blaze Monster Machine, AA batteries are needed. It does come with batteries so you can try it out at the store, just like I did. I would suggest buying new ones just in case these run out quickly. The talking monster truck is not motorized. The batteries are just for the talking part of the toy.

The axles on these talking monster machines are cut out extra big so that the trucks can bounce and look like they are walking or running, just like in the show. This also makes it easier for the truck to go across carpet and over things.

The button you press to get Blaze to talk is on the top of the hood.

Check out this video I took when I went to the store.

Yes, I stood in the store and took this video of talking Blaze monster machine because I wanted to know what it said. I think I got all of it. I was surprised there was so much said. They didn’t have a talking Crusher, Zeg or Darrington. I would have gotten videos of them too. Now that I am looking around on the web, I don’t think there is a talking Crusher. I can’t find one anywhere. hmmmm 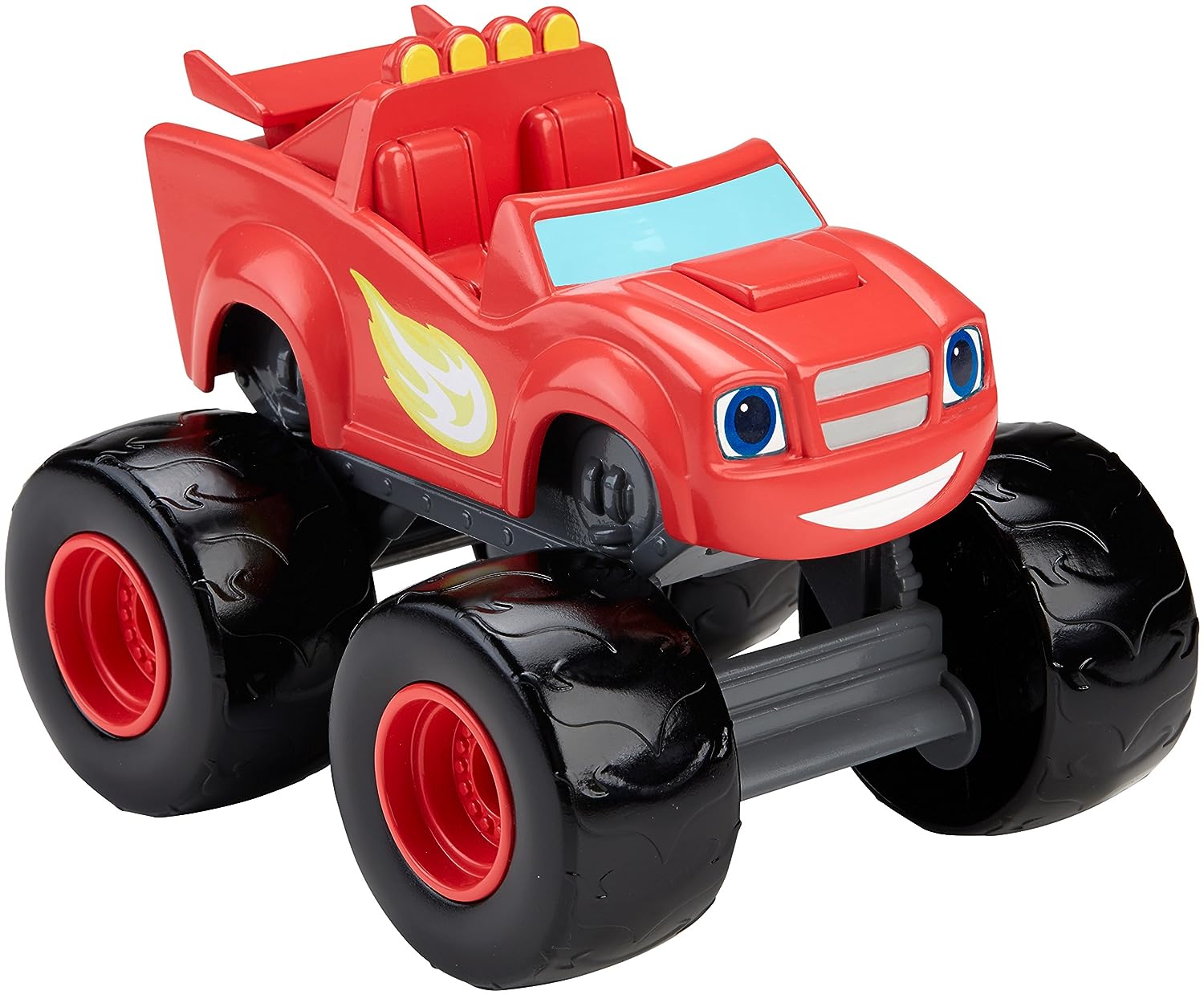 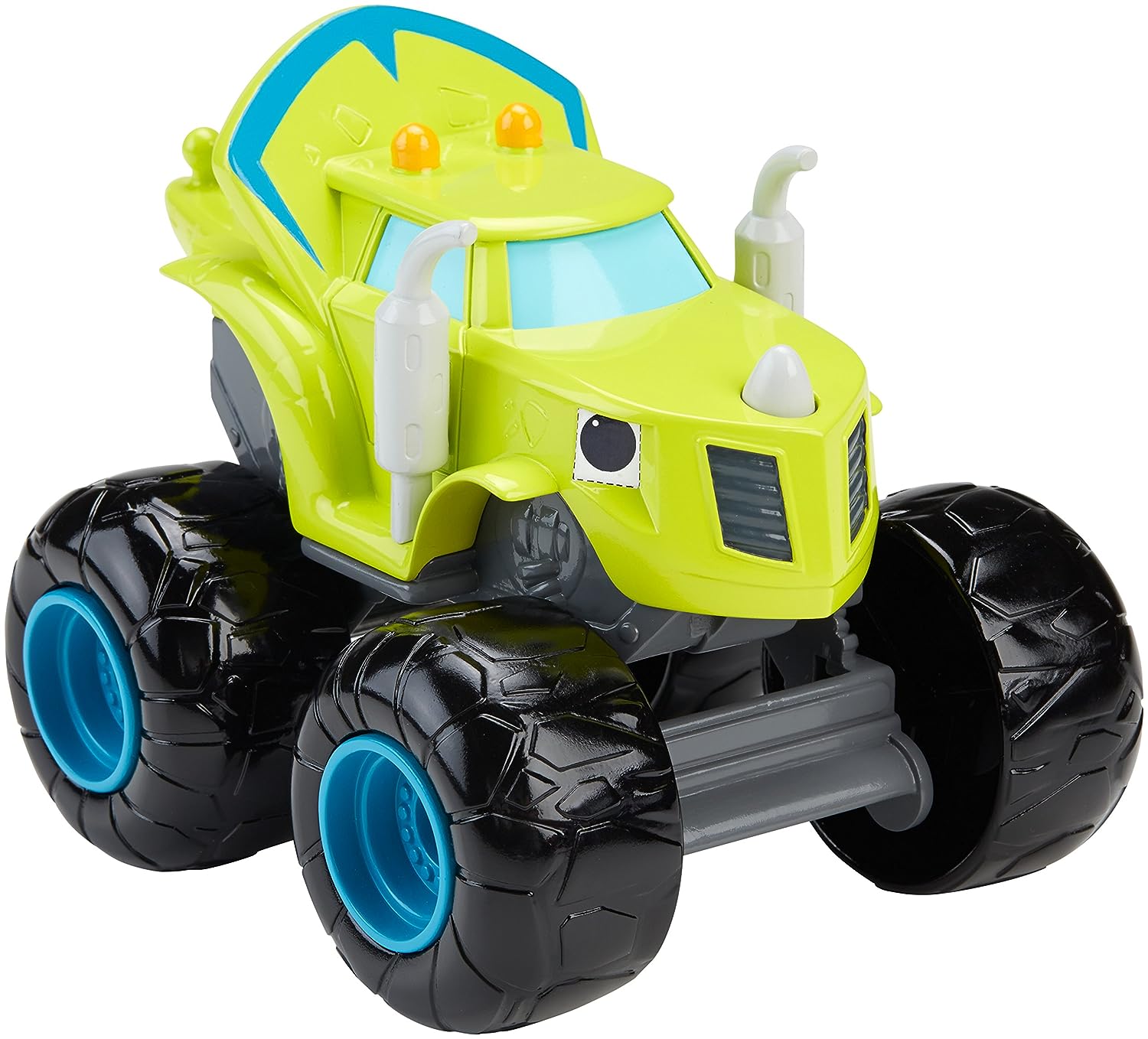 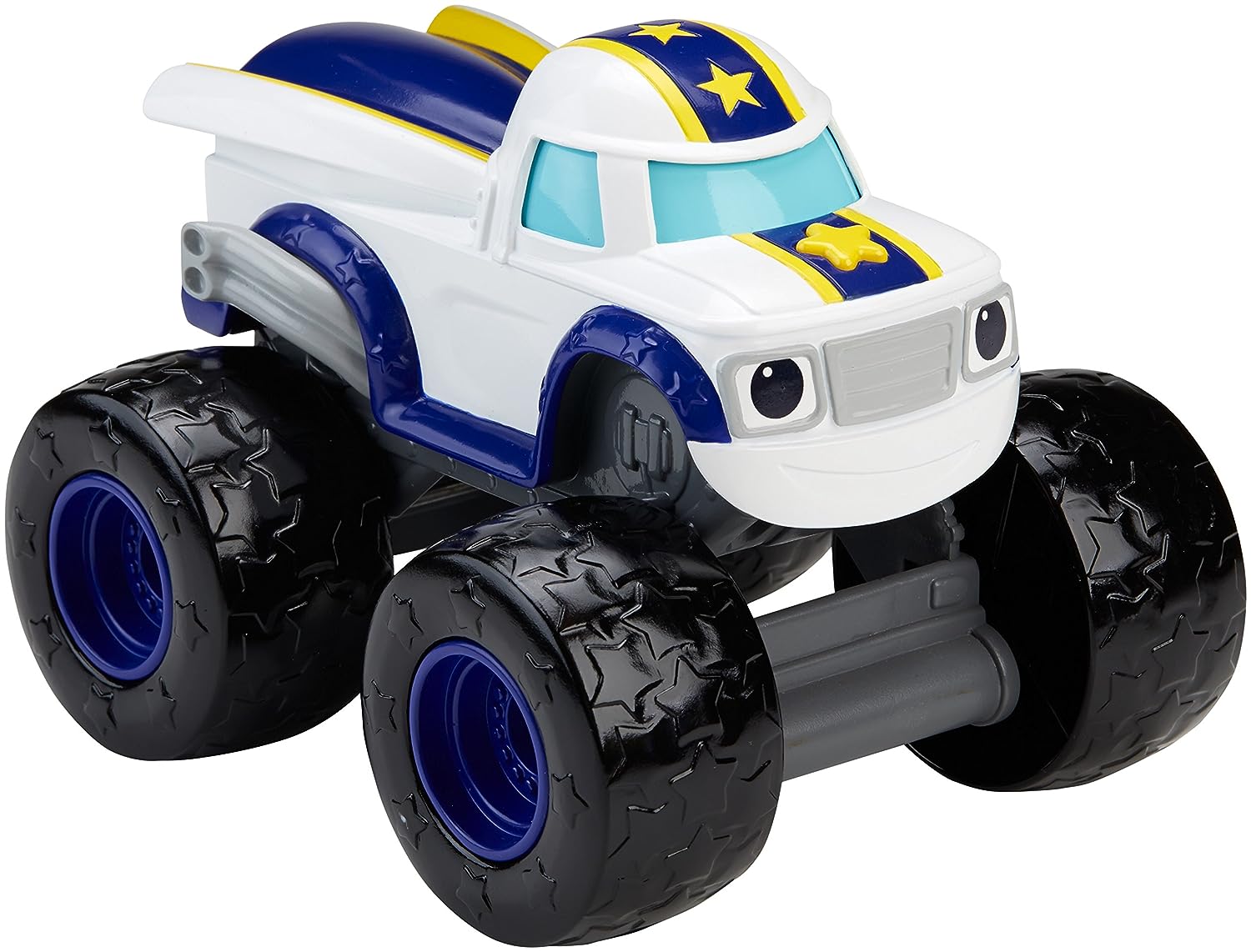 These are the Talking Blaze Monster Machines I could find on Amazon.com. This is way more than Walmart had on their shevles. The prices are about the same, so I just ordered mine online and it will be delivered to my grandsons door.

Posts You May Find Interesting 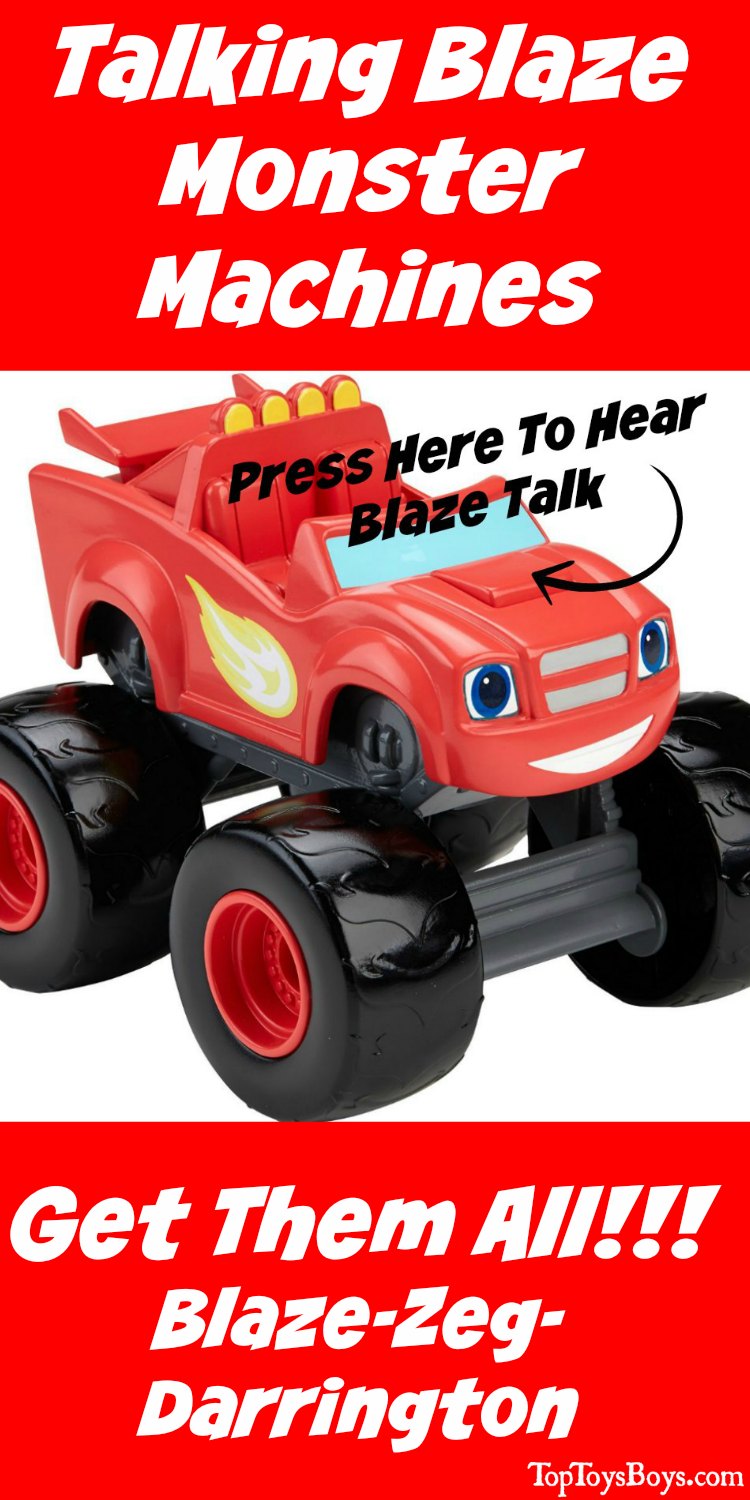