Watch out for hostile zombie and spider mobs in this Minecraft Cave Lego Set! Cave? Explosives? Zombies? Spider Mobs? Remind me again why we have to go in that cave?  Oh…I remember. We need some vital resources from inside that cave.  Grab your iron pickaxe, the TNT explosives and let’s go on an adventure. 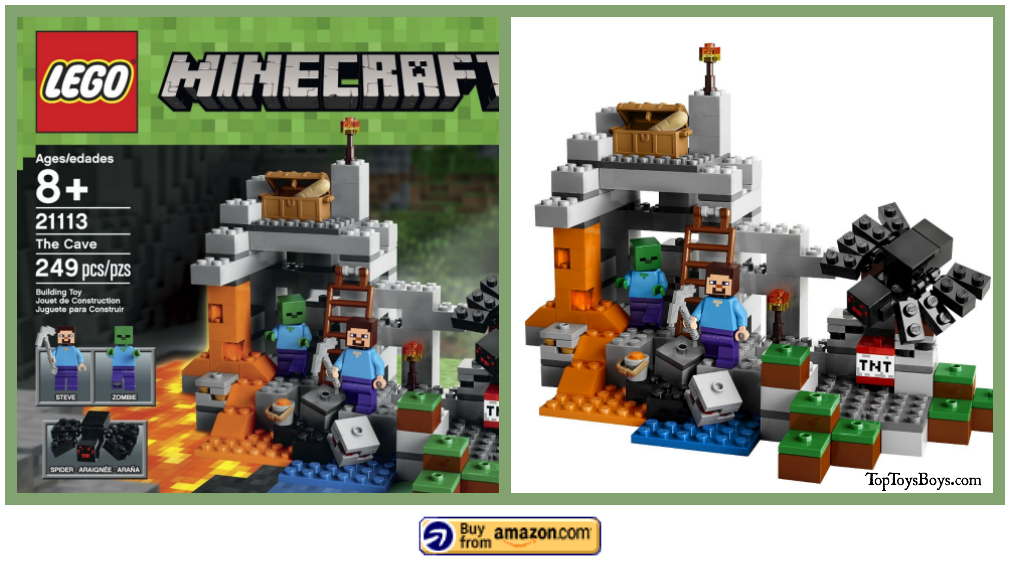 What Characters Come with the Legos Minecraft Cave Set?

This awesome set includes 2 mini-figures, Steve and a zombie, plus a spider.  Steve is the same as in most other sets, nothing special there. But he does come with his pickaxe. The zombie has the same clothes as Steve, but his skin is green and he only has eyes and a nose.

When you’re done battling and mining, restore your energy levels with the chest of bread. You may need the water and Lava to get out of there alive. Beware! 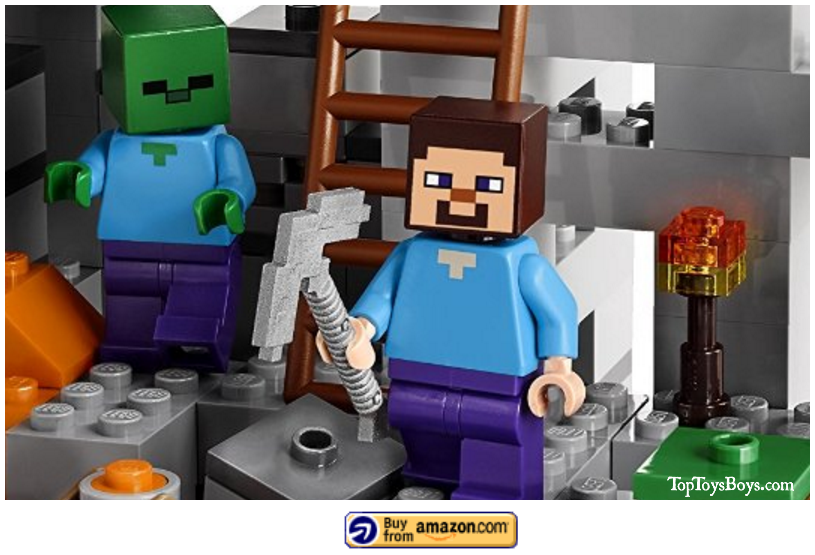 Although this is the smallest of the new Lego Minecraft playsets, 249 pieces,  this still will give hours of action packed playtime. You would think with all those pieces laying in front of them it would be over whelming.  They do separate the pieces into two bags, so that helps keep some of it more organized. But kids really seem to enjoy the challenge.

When my kids were young, Lego sets were not this difficult. But I just watched my grandson put together two of these this weekend. He had no trouble at all. He was so proud of himself. 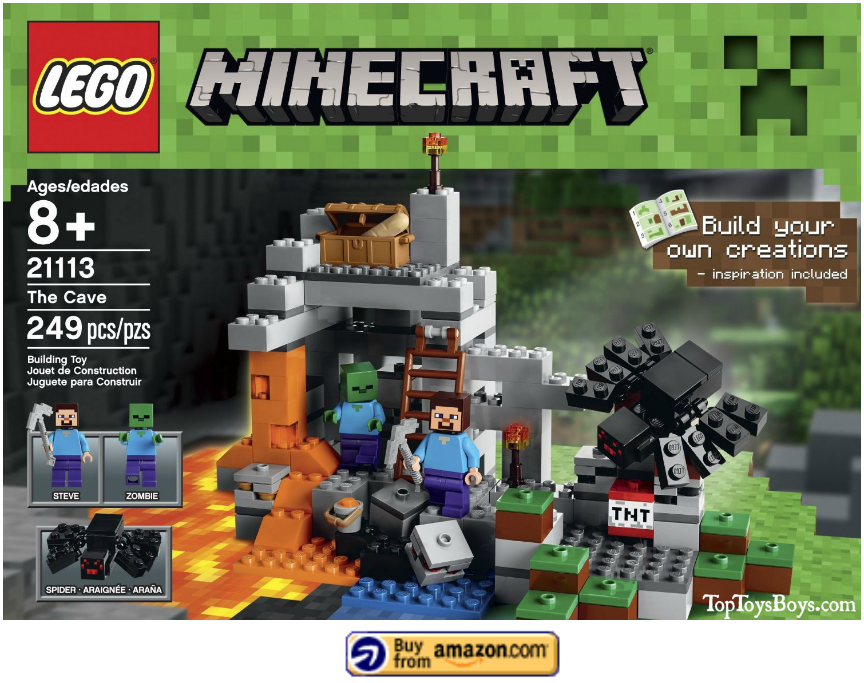 This Minecraft Cave Lego  set comes with great instructions or Inspiration books as Lego calls them,  with lots of pictures. Kids can understand them and make the Minecraft buildings. But you don’t have to follow them,  just follow your own imagination for the really fun adventures. Don’t be surprised if you find your son ransacking his other boxes of Legos to add on to this set. He can build it out any way he wants depending on what he has on hand. My grandson loves these!!!

New Lego Minecraft Sets – The Mine